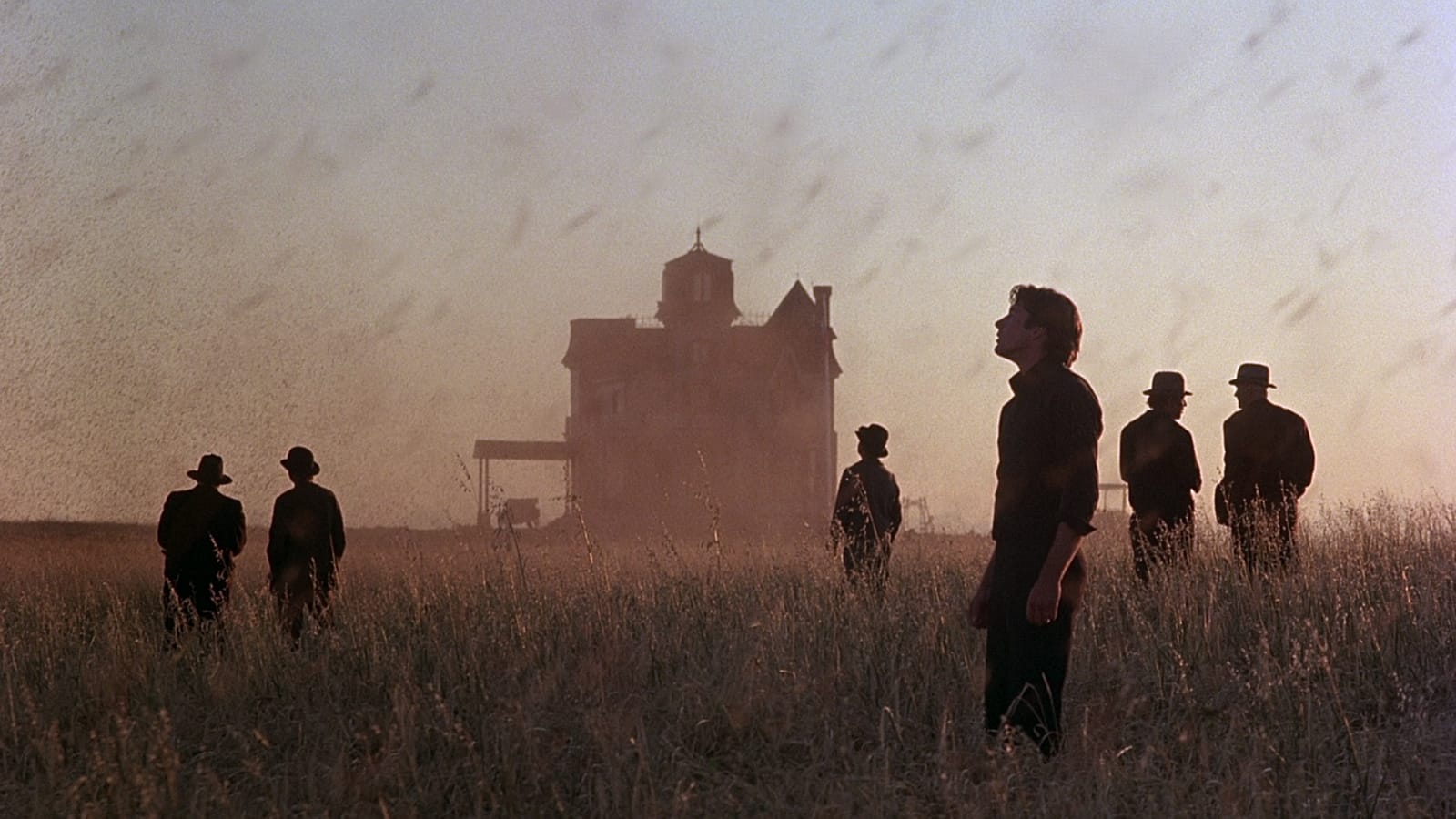 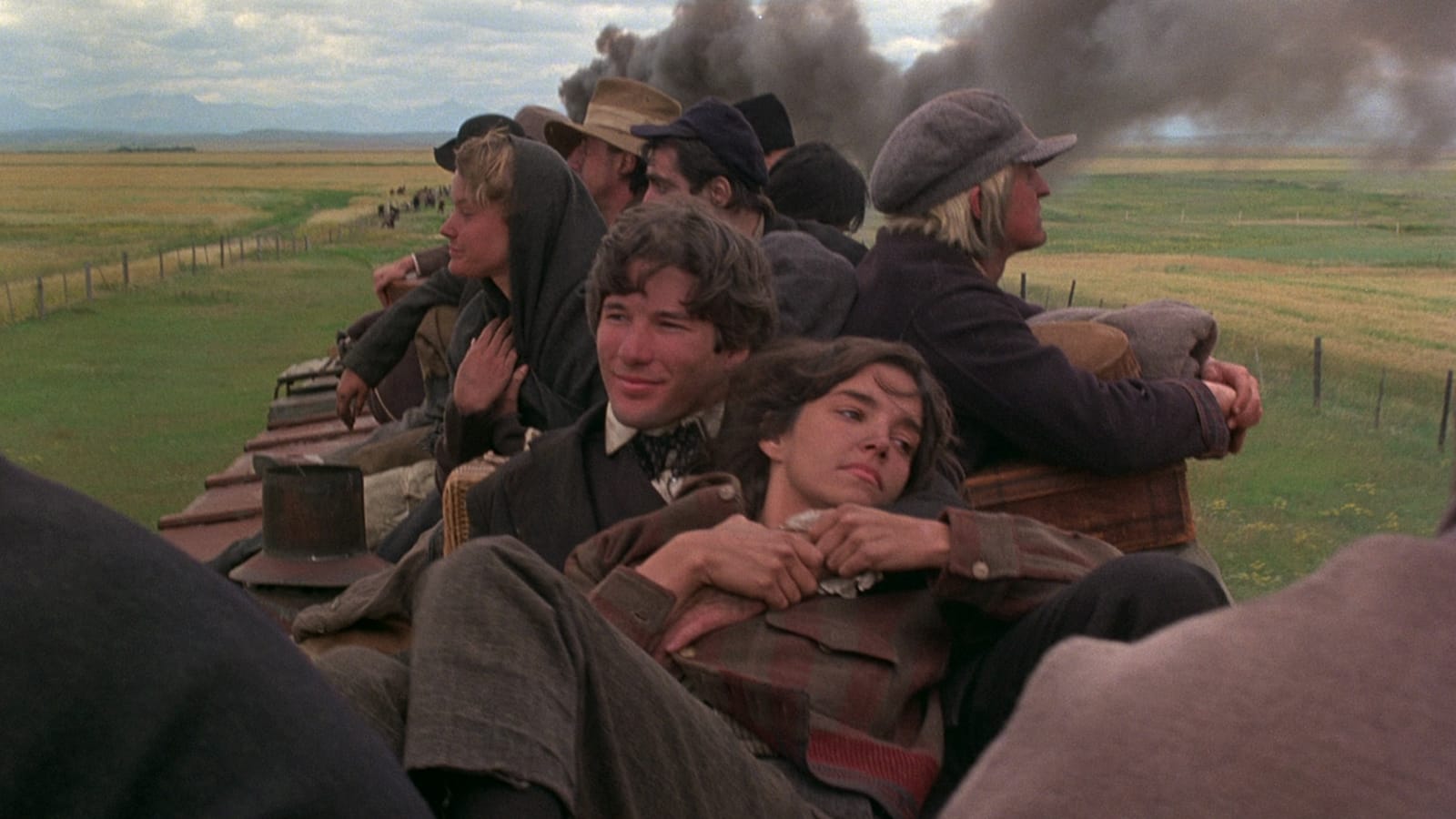 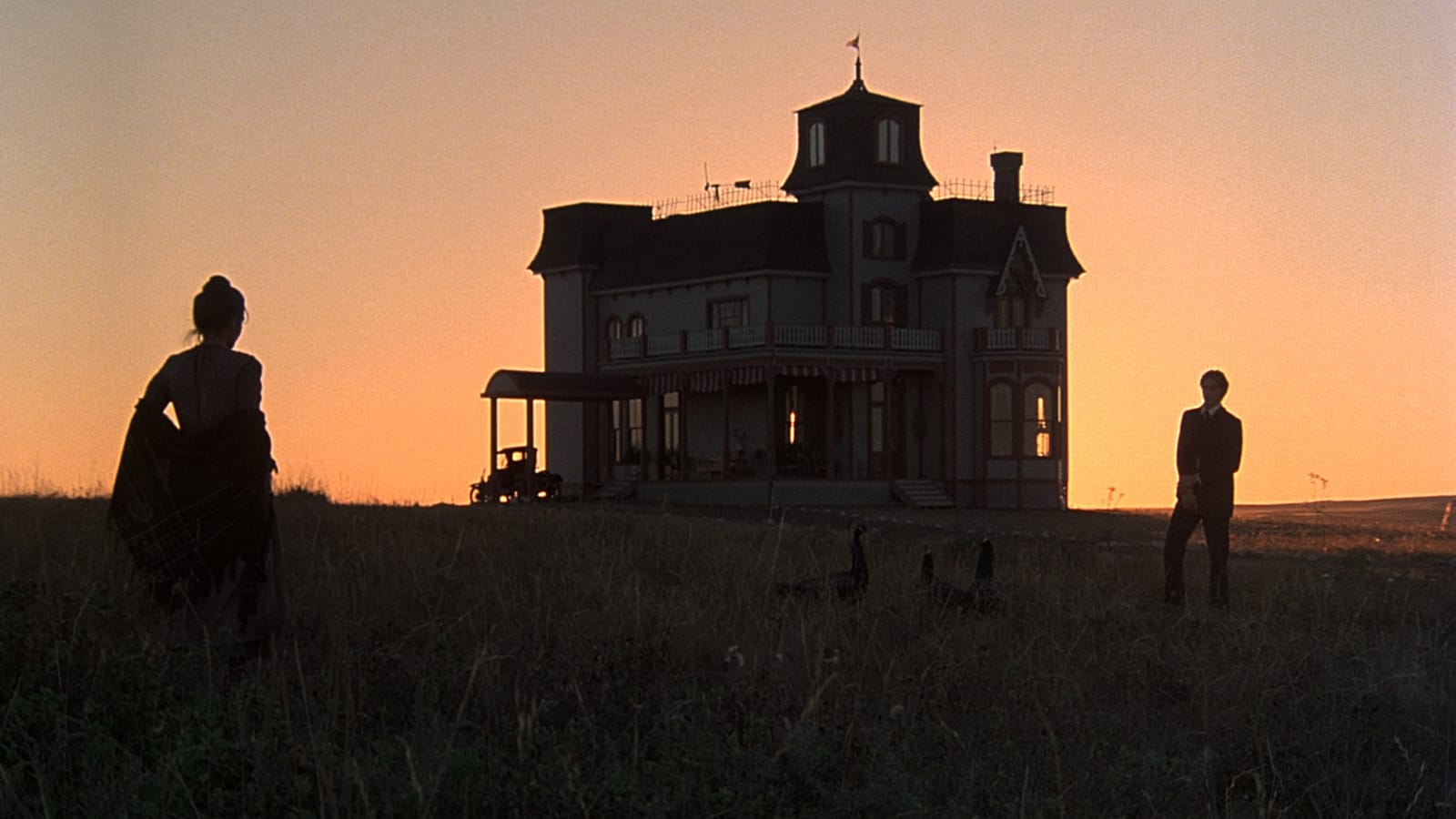 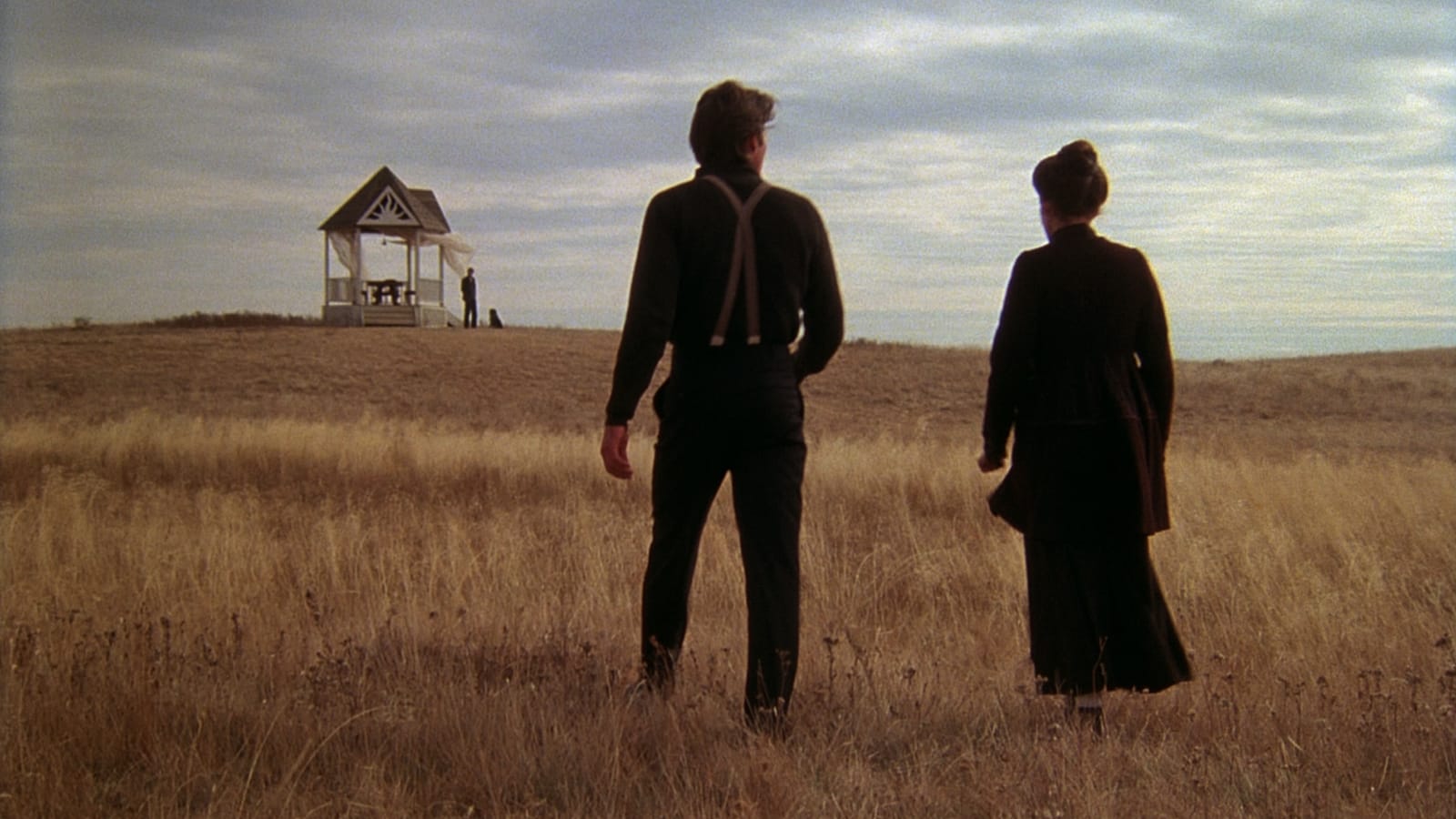 It’s 1916 and Bill (Richard Gere) is a steel worker who has to get out of Chicago after he kills his boss. He heads for Texas with his girlfriend Abby (Brooke Adams) and her younger sister Linda (Linda Manz). Told from Linda’s perspective, this film follows the trio as they take up work with a large group of people on the farm of a rich, old farmer (Sam Shepard). When Bill learns that the landowner is dying, he cooks up a scheme for Abby to marry the farmer for some money, but things get complicated when Abby starts to fall for her new suitor for real.

Legendary director Terrence Malick (A Hidden Life, Badlands, The Tree of Life) used several unconventional approaches in this film, some of them more costly than others. For instance, he shot entirely at ‘magic hour’, just before dusk when the sky is lit evenly. And he tossed out the script early on, opting instead to film for a year and let the actors find the story themselves. Though critics were somewhat split upon its release, Days of Heaven is now considered a landmark film, praised for its tender performances and jaw-dropping cinematography.