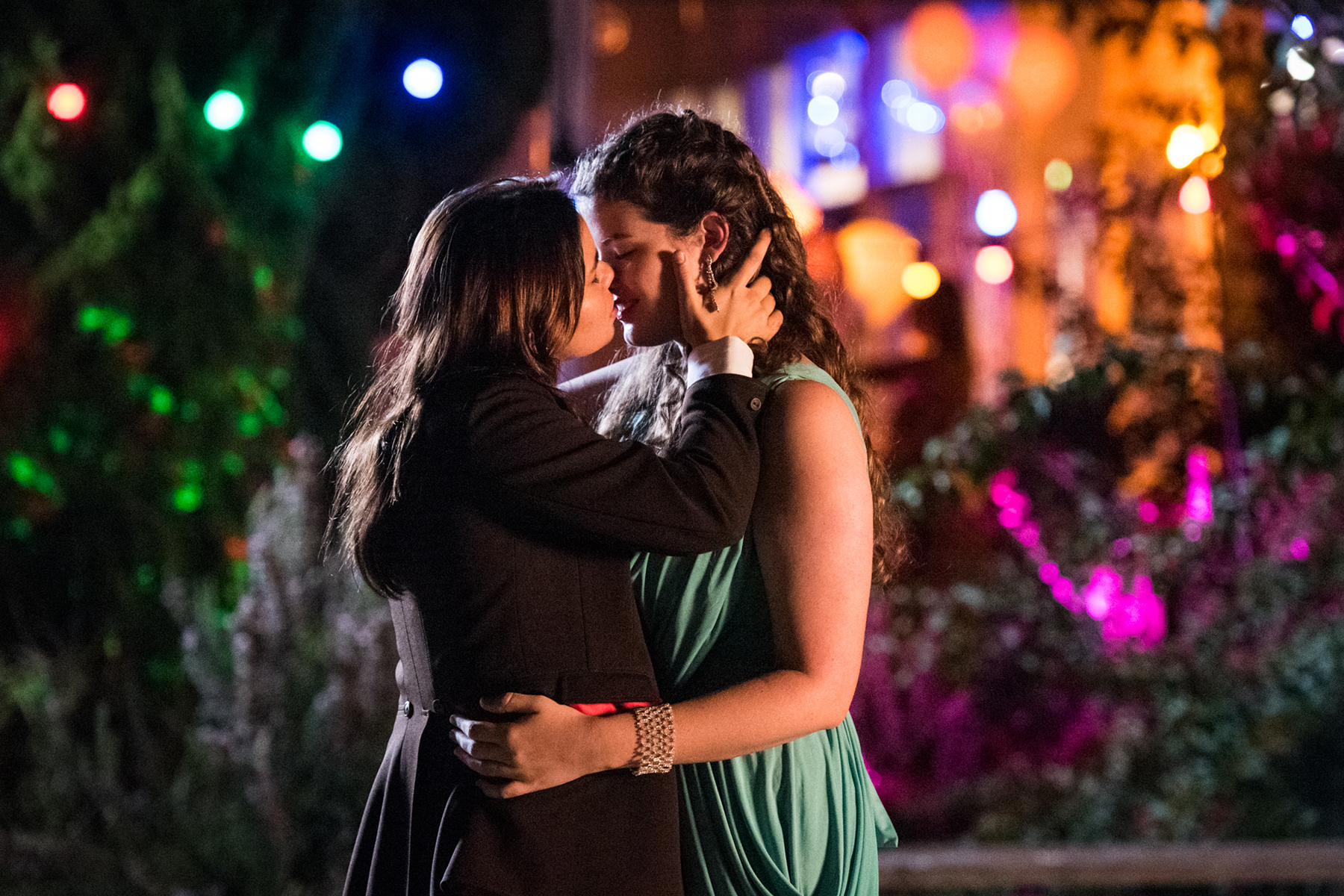 Winning over audiences at film festivals the world over, Ellie & Abbie (& Abbie's Dead Aunt) is a heartfelt and hilarious queer teen rom-com from Sydney-based writer-director Monica Zanetti. School captain Ellie (Sophie Hawkshaw) has a serious crush on her classmate Abbie (Zoe Terakes), and is angsting over inviting her to the Year 12 formal. When Ellie accidentally spills the beans to her mum (Marta Dusseldorp) and outs herself in the process, things start to get complicated, and a little bit spooky. Enter her deceased aunt Tara (Julia Billington), a lesbian activist from the ‘80s who returns from the dead to act as a kind of fairy godmother to Ellie, guiding her through the trials and tribulations of her first love.

The first Australian film to open the Mardi Gras Film Festival, Ellie & Abbie (& Abbie’s Dead Aunt) is groundbreaking for a number of reasons. Director Monica Zanetti was inspired to make the film because she wanted to create a romantic comedy like those she loved as a teen but never saw herself represented in, adding “I wanted to create a queer film that is funny, charming and above all else hopeful.” With Ellie & Abbie she has achieved all that and more, amplified by excellent writing and terrific performances from both the young leads and supporting cast.

Two Queers Festival is Australia’s first queer comedy and variety festival being held between 6 – 21 November, 2020. Over 30 queer artists will be taking over Giant Dwarf Theatre for a comedy and musical spectacle, featuring names like Montaigne, Zoë Coombs Marr and Brendan Maclean. Tickets are available now via Giant Dwarf.

This session will be accompanied by a Q&A with writer-director Monica Zanetti.