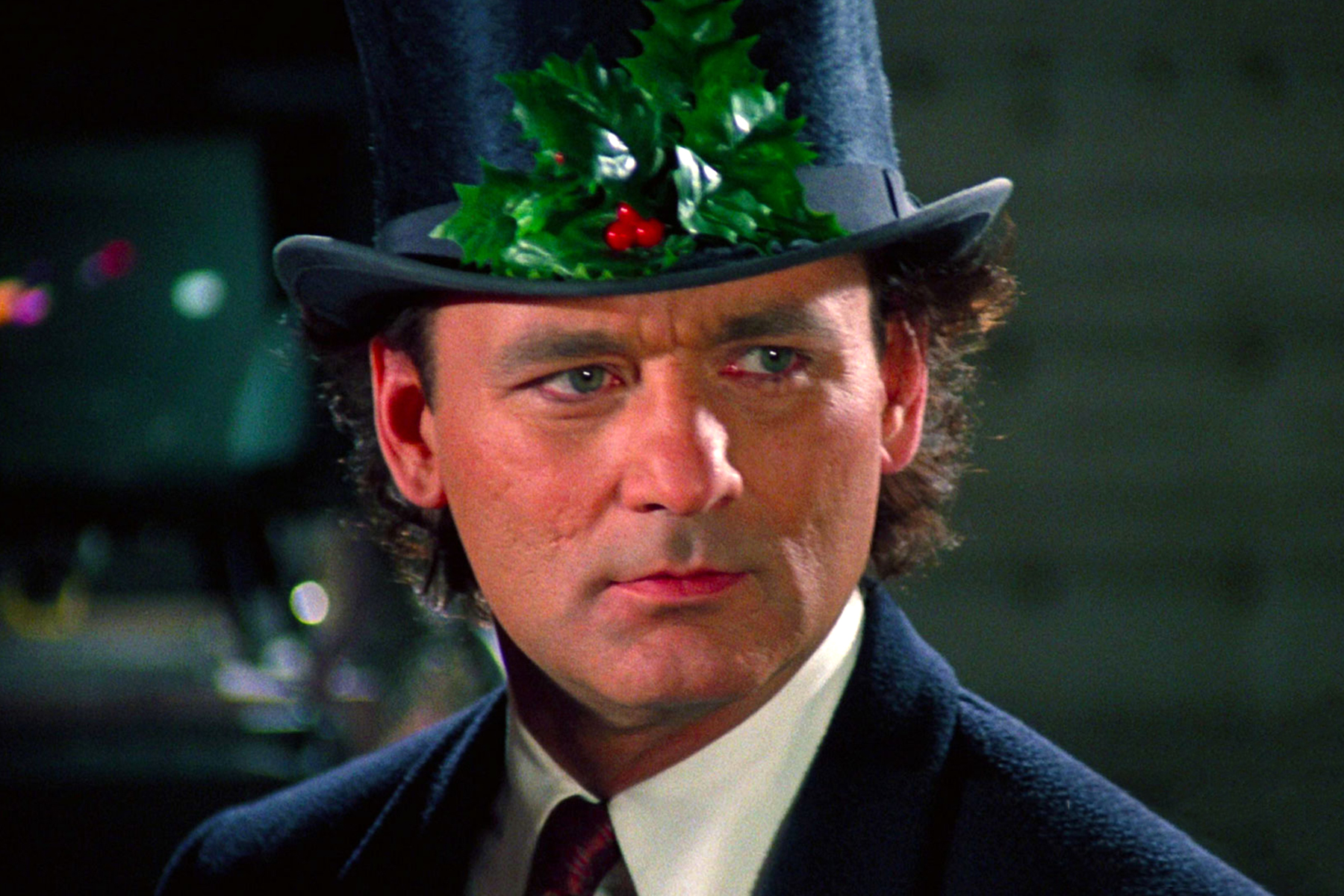 Hotshot TV executive Frank Cross (Bill Murray) is a real narcissistic, cynical bastard when December rolls around each year. Having scorned his ex-lover and without a family of his own, Frank doesn't give two hoots about his overworked employees, going so far to fire a timid colleague (Bobcat Goldthwaite) on Christmas Eve. Put in charge of producing a live broadcast of A Christmas Carol the same day, Frank's intense grinchiness sets off a ghostly chain reaction as he's visited by three spirits in different guises — a tough cabbie (David Johansen), a pixie with a screw loose (Carol Kane) and a gruesome ghoul (John Forsythe) — who all make Frank come to terms with the grim consequences of not putting a little love in his heart.

From director Richard Donner (The Goonies), Scrooged updates Charles Dickens' classic tale of yuletide reckoning with an over-the-top acting showcase for Bill Murray. The actor is at his absolute best here, with a sleighful of memorable one-liners and some fool-proof advice on gift-giving. Are you a VHS or a towel?