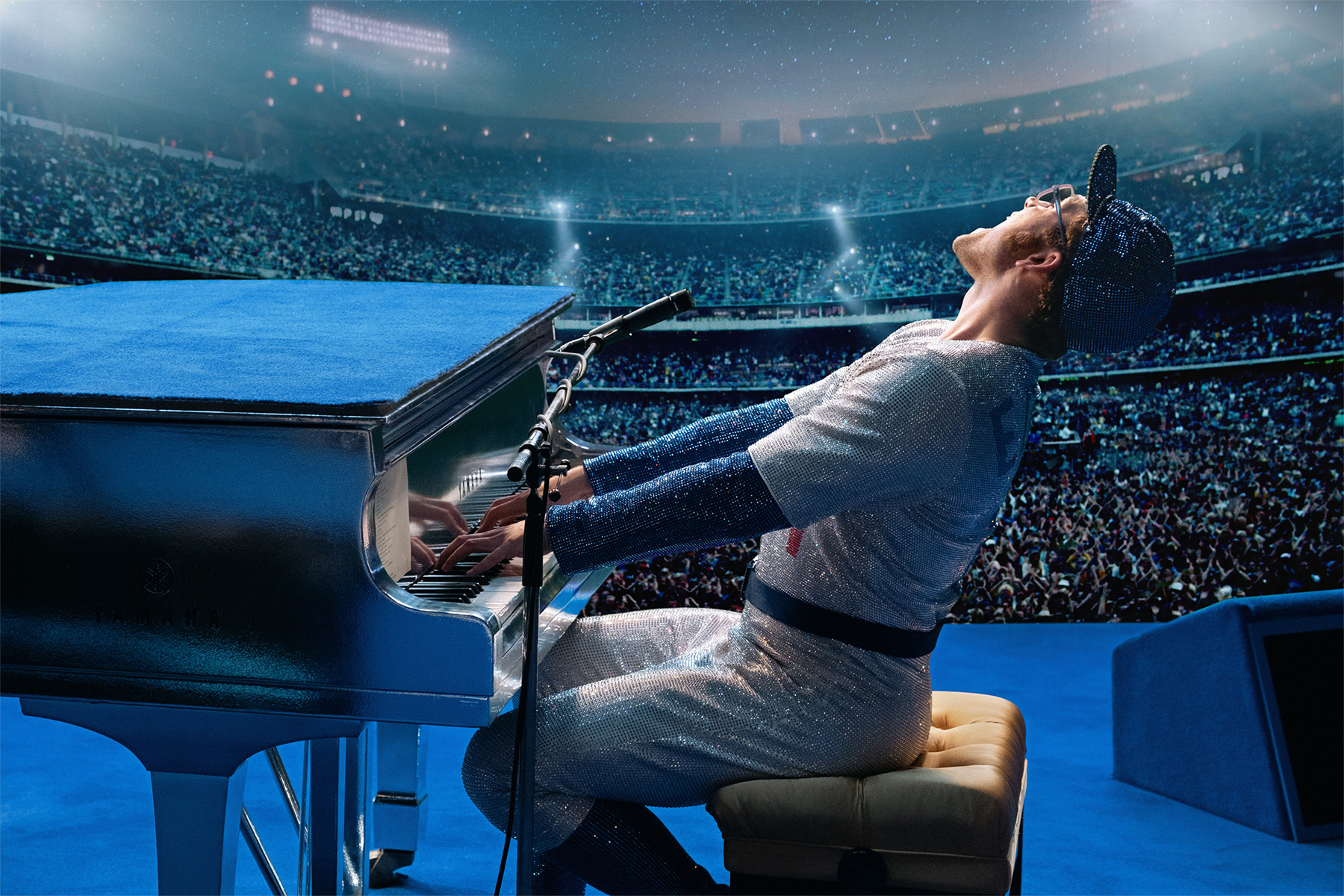 Welcome to a world of feather boas, jewel-encrusted specs, 12-inch platforms, artistic genius, soaring hubris and jaw-dropping eccentricity. Are you still standing? Good. Rocketman stars an uncanny Taron Egerton as the magnificent musical showman Elton John, tracing the uncensored tale of his storied breakthrough in an all-out, epic musical fantasy. From his years as a prodigy at the Royal Academy of Music and his one-time romance with manager John Reid (Richard Madden) to his struggles with addiction and enduring musical partnership with Bernie Taupin (Jamie Bell). Its totally captivating central performance aside, Rocketman is an explosively energetic, over-the-top and surprisingly touching delight.

"A heart-racing, toe-tapping, deliriously entertaining triumph"
— The Telegraph UK
"A sequin-encrusted delight ... explodes with the kind of colour and energy that only Elton John himself could invoke"
— Empire
"A sure-fire crowdpleaser ... a turbo-charged rock fantasia that pushes hard against the boundaries of the medium"
— Time Out

Calling to mind the exuberant surrealism of Julie Taymor’s Across the Universe (2007), this film elevates Elton John’s catalogue with the addition of gorgeously realised dream sequences and borderline psychedelic musical numbers. In the lead role, a brilliant Egerton gamely sings the iconic setlist himself, lending genuine pathos to the musician’s most moving ballads. To quote TIME critic Stephanie Zacharek: “It’s just so damn alive, meeting right at the intersection of the human heartbeat and the also-human love for shiny things.”