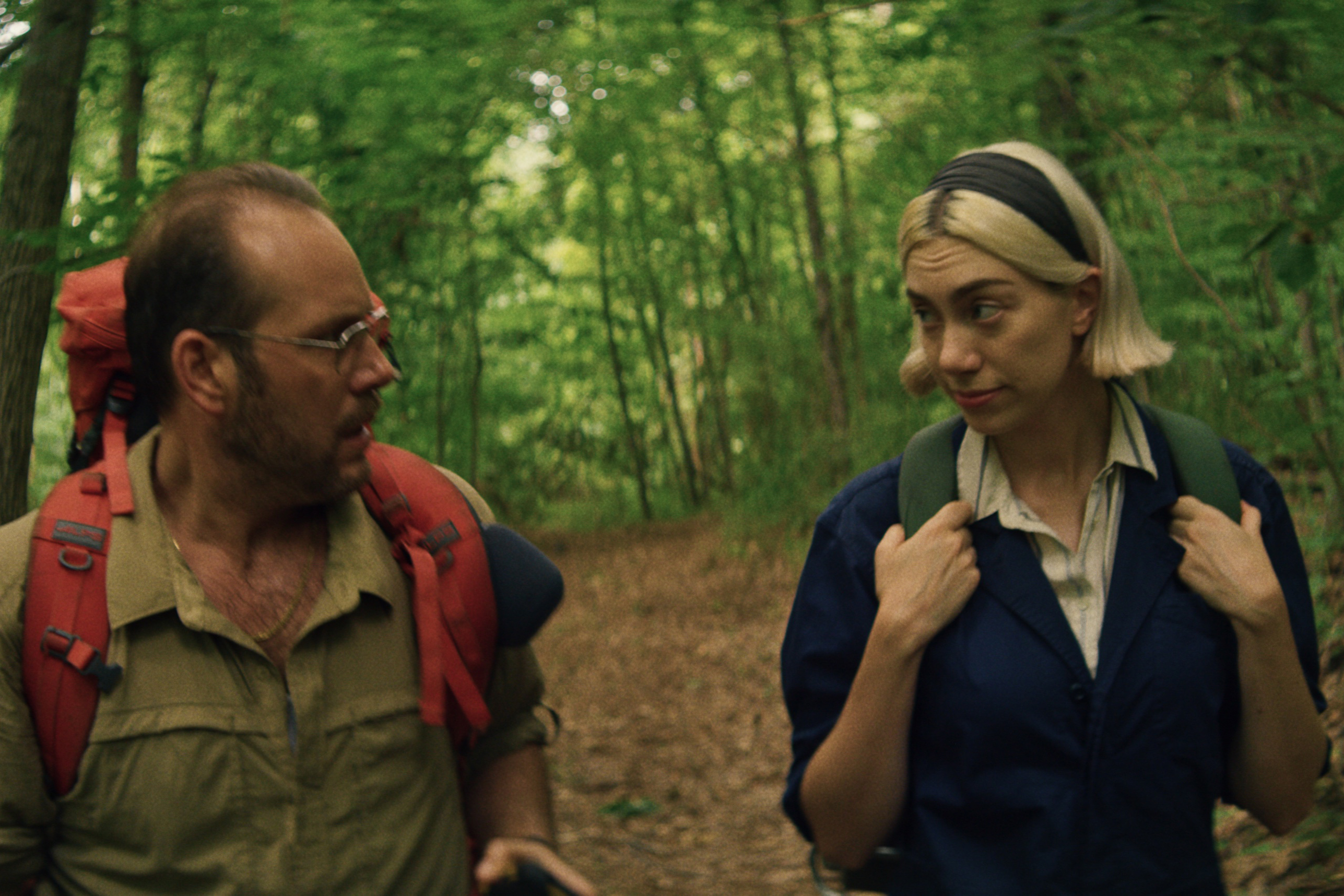 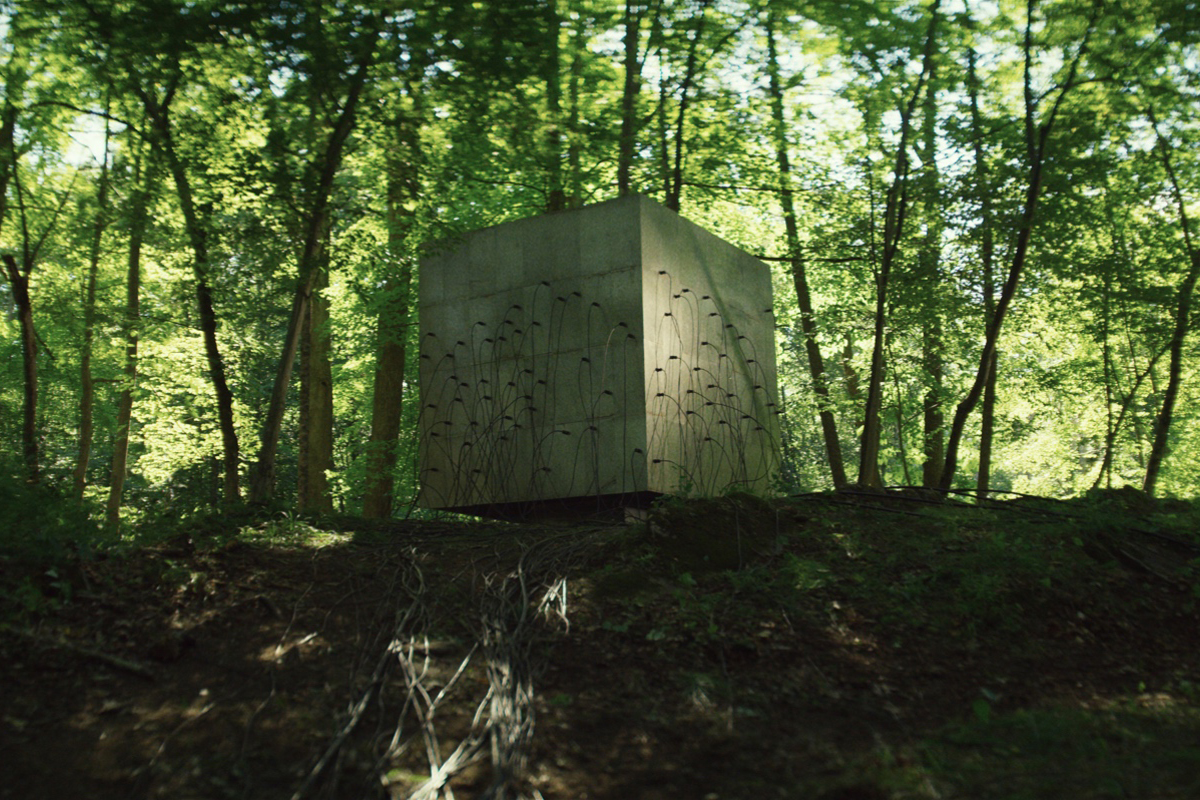 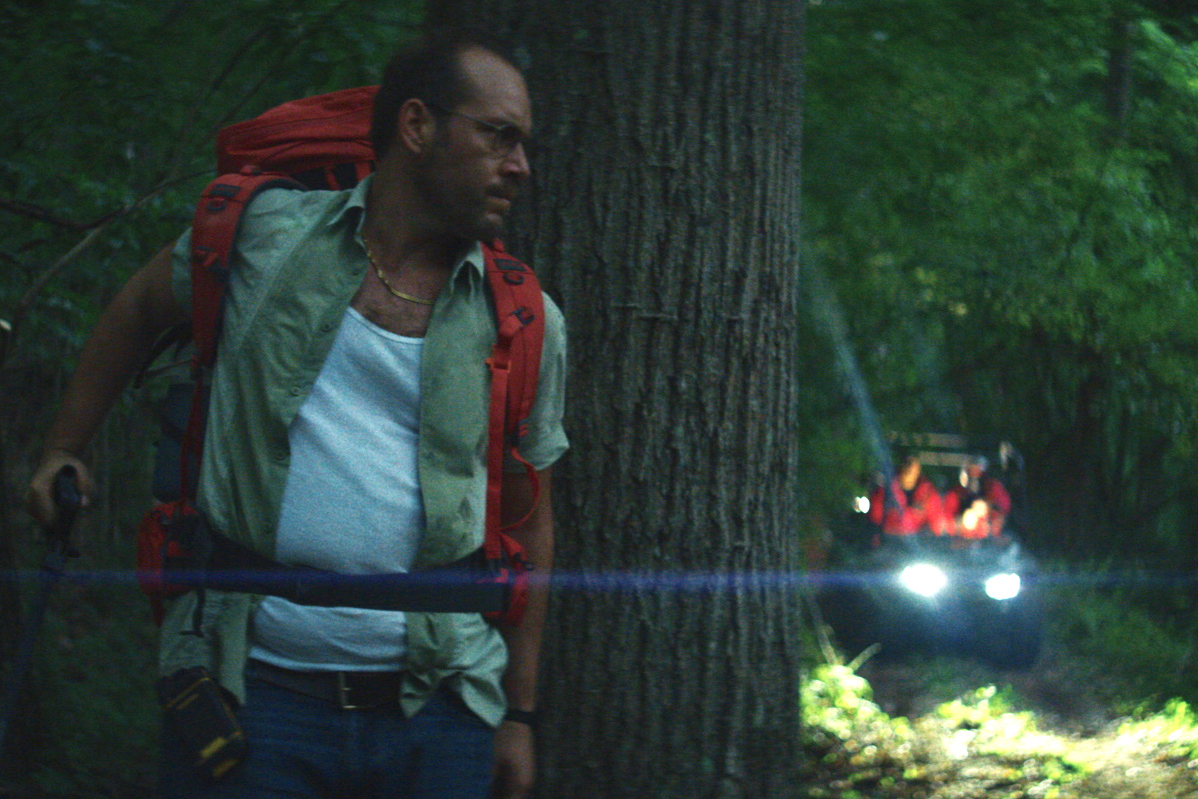 A gig economy sci-fi with echoes of Sorry to Bother You, Lapsis takes place in an alternative New York where hordes of contract workers hike through the woods, laying cables along predetermined routes. With smart-phones in hand and drones tracking their every move, plus cabling robots threatening to steal their jobs, the workers occupy a dystopian tech reality not too far removed from our own. When sceptical new hire Ray Tincelli (Dean Imperial) joins the company’s ranks, he finds himself pulled into a deep web of conspiracy, with the equally cynical Anna (Madeline West) as his only ally.

Official Selection
— SXSW Film Festival
“A captivating film about the inherently exploitative nature of the gig economy”
— Alexandra Heller-Nicholas, ABC Radio
“Like a camping adventure fused to a conspiracy drama from the ’70s, Lapsis is its own cleverly deadpan curio”
— The Los Angeles Times
“A sharp, progressively-minded satire”
— The AV Club

The world Noah Hutton builds in Lapsis is captivating and convincing, setting the scene for this clever corporate satire to unfold. Dean Imperial is also a revelation as Ray, with his dad bod, ‘70s mobster vibe and character-actor edge making him an unlikely yet immediately likeable lead. A low-budget indie with a high impact, it has cult appeal in spades.