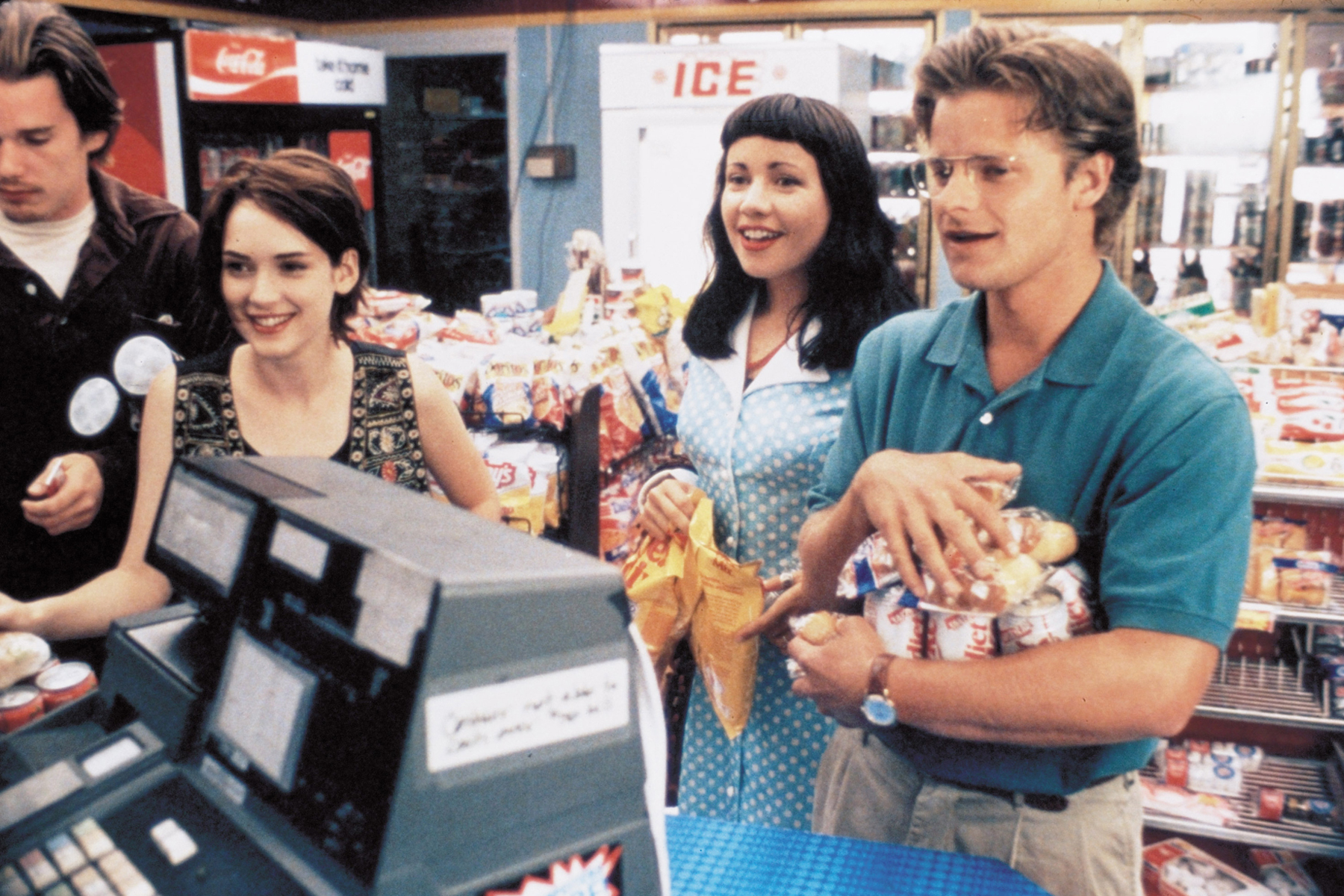 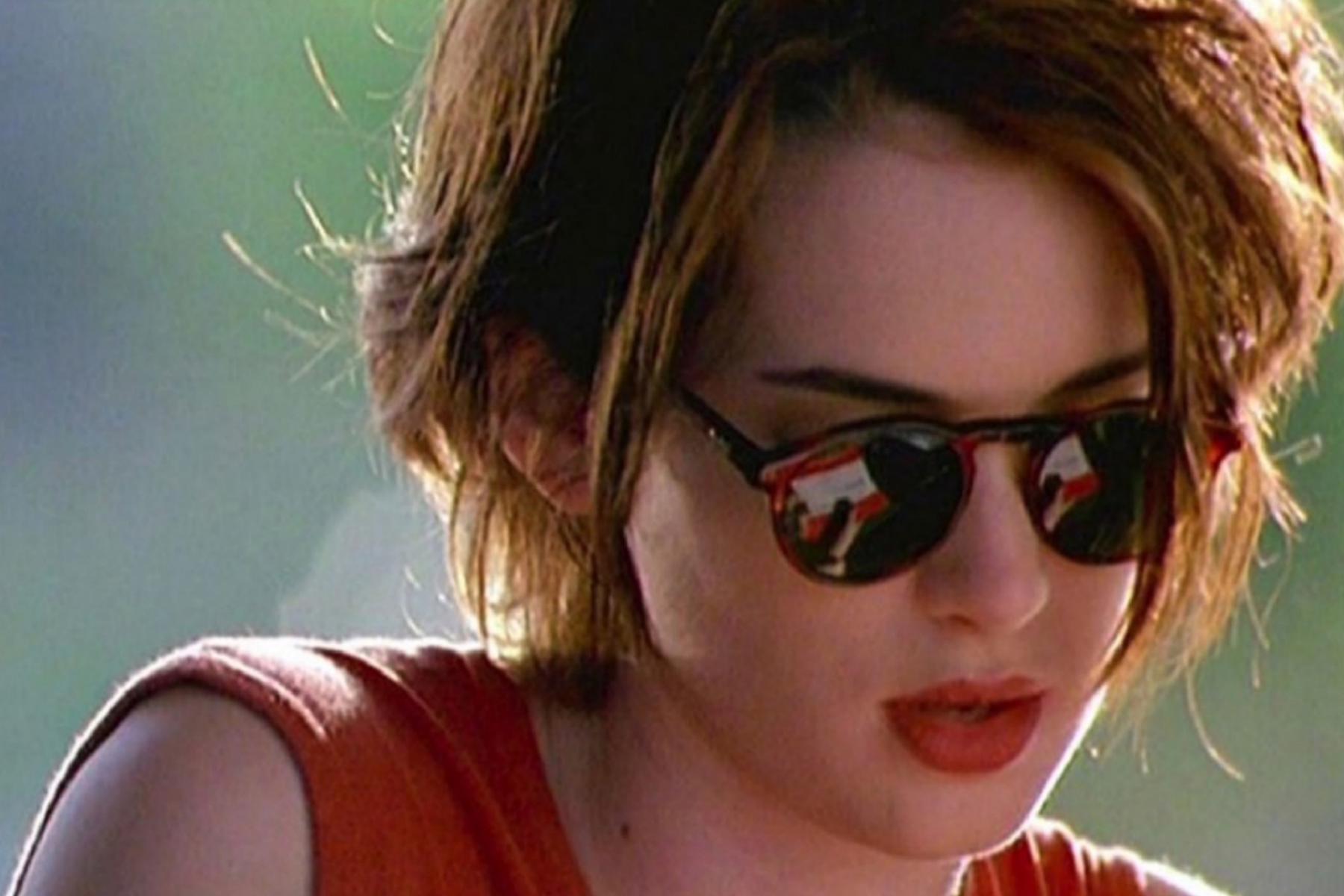 You and me and 5 bucks. Melrose is a really good show. Don’t Bogart that can, man. Will you spot us a pizza? I’m a non-practicing virgin. Evian is naive spelt backwards. Endlessly quotable, Reality Bites has come to be one of the most iconic films of the '90s. Class valedictorian and budding filmmaker Lelaina (Winona Ryder) lives with her best-friend Vickie (Gen X dreamgirl Janeane Garofalo) at their "maxi pad". Existentialist Troy (Ethan Hawke) and Sammy (Steve Zahn) round out their cosy little slacker crew until an older and much less cool businessman Michael (Ben Stiller) enters the fray, threatening the hot-and-cold love buzz between Lelaina and Troy. Many cool quips ensue.

With its Snickers, Generation X ‘sell-out’ issues and perfect impromptu My Sharona dance scene, Reality Bites is a little slice of 90’s heaven. The directorial debut of Ben Stiller, it boasts a whip-smart script by Helen Childress that only gets better with age. Rumour has it that the film is set to be turned into a TV series, so it's the ideal time to brush up on the original and catch it on the big screen.

And of course, every week gets an ice cold summery Four Pillars cocktail to match. For The Graduate and Reality Bites this week, we’ll be serving Four Pillars Spiced Negroni Gin in a Gin Spritz.