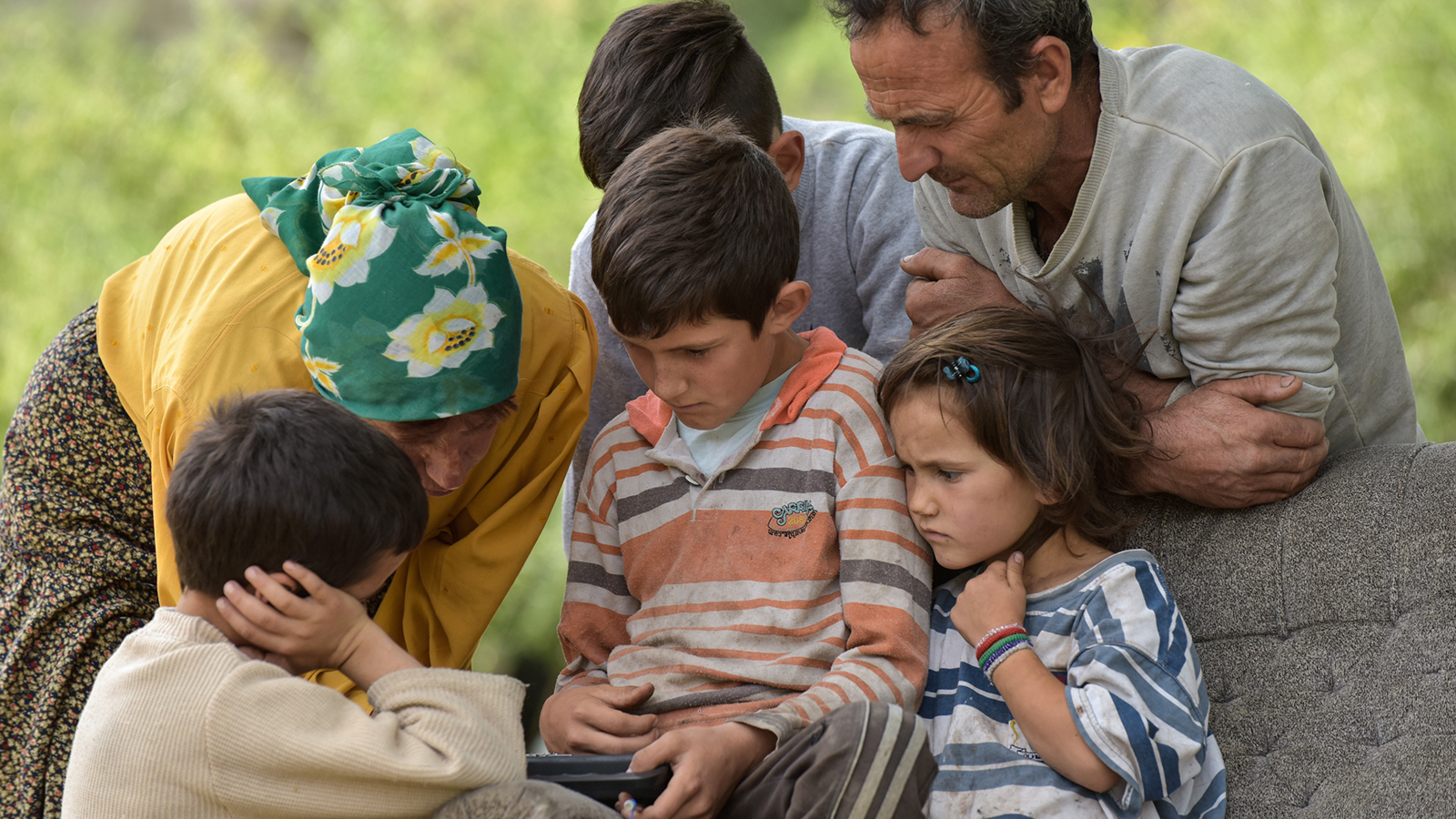 The first film to be nominated for both Best Documentary Feature and Best Foreign Film at the Academy Awards, Honeyland is a miraculous portrait of one of the last female bee-hunters in Europe. Hatidze and her ailing mother are the only residents of an abandoned village in the mountains of Macedonia. Venturing out to the surrounding clifftops every morning, she makes a modest living by sustainably harvesting honey from wild hives. But when an unruly family move in next door, what at first seems like an exciting change soon uproots her quiet way of life as they seek to make more money from her bees, all while disregarding her wise advice.

Winner: World Cinema Grand Jury Prize, Special Jury Award for Cinematography and Special Jury Award for Originality
— Sundance Film Festival
"An experiential wonder, a cutting critique on capitalism and a genuine must-see"
— Rolling Stone
"The opening minutes of are as astonishing — as sublime and strange and full of human and natural beauty — as anything I’ve ever seen in a movie"
— The New York Times
"Astonishing, immersive environmental documentary ... a miraculous feat"
— The Guardian

Filmed on location over three years – and compiled from more than 400 hours of footage - Honeyland was originally conceived as a small-scale environmental documentary. But with the arrival of Hatidze’s new neighbours, it soon became an epic parable of exploitation, humanity and ancient tradition. Named by New York Times critic A.O. Scott as the Best Picture of 2019, its combines genuinely jaw-dropping nature footage with a timeless (and heart-wrenching) story of resistance.