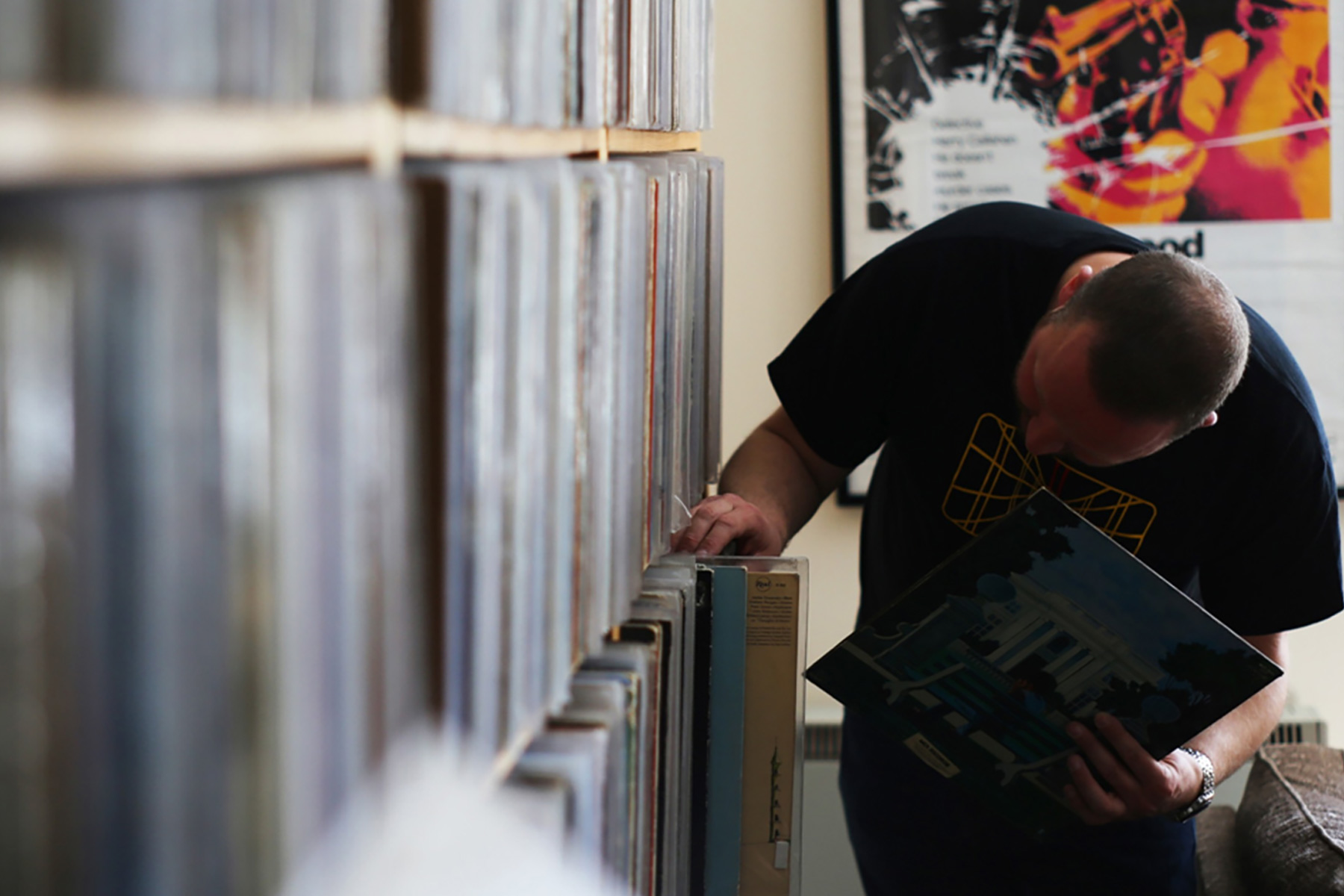 The film follows musician, record producer, composer and library music enthusiast Shawn Lee (Ping Pong Orchestra/The Electric Peanut Butter Company) as he takes you on a trip around the world starting our from his London recording studio to search out some of the original legendary players including: Alan Hawkshaw, Keith Mansfield, John Cameron, Barbara Moore, Dave Richmond. The film delves into the vaults of the classic library houses and meets the people behind the music at Music DeWolfe, Warner-Chappell, Bosworth and KPM, as well as talking to some of the modern record labels that are compiling and re-issuing quintessential pieces. Collecting very rare, unreleased vinyl is big business and Shawn opens the record boxes of some of the best collectors and DJs, taking a glimpse and a listen to their favourite wax. The effect of the Library glory days of the 70's & 80's can still be felt today with classic tracks given new leases of life with contemporary producers and vinyl diggers -collecting these rare gems and sampling them for the biggest acts in the world today including massive hits for Jay-Z, Gnarls Barkley, Gorillaz & Fatboy Slim to name a few.

The music you know, the stories you don't. Starring Shawn Lee, Alan Hawkshaw, Keith Mansfield, Barbara Moore, Jazzman Gerald, DJ Format, Cut Chemist, Mark Rae (Rae & Christian) and many more, this definitive feature documentary tells the untold story of the underground, mysterious, cult and collectable world of Library Music. This hugely influential and largely unnoticed catalogue of music of all genres and styles has played an important role in creating the atmosphere, mood and vibe for the majority of your favourite TV, Film, Advert & Radio themes throughout your entire life, yet you probably have no idea who composed, played and recorded these phenomenal tunes.