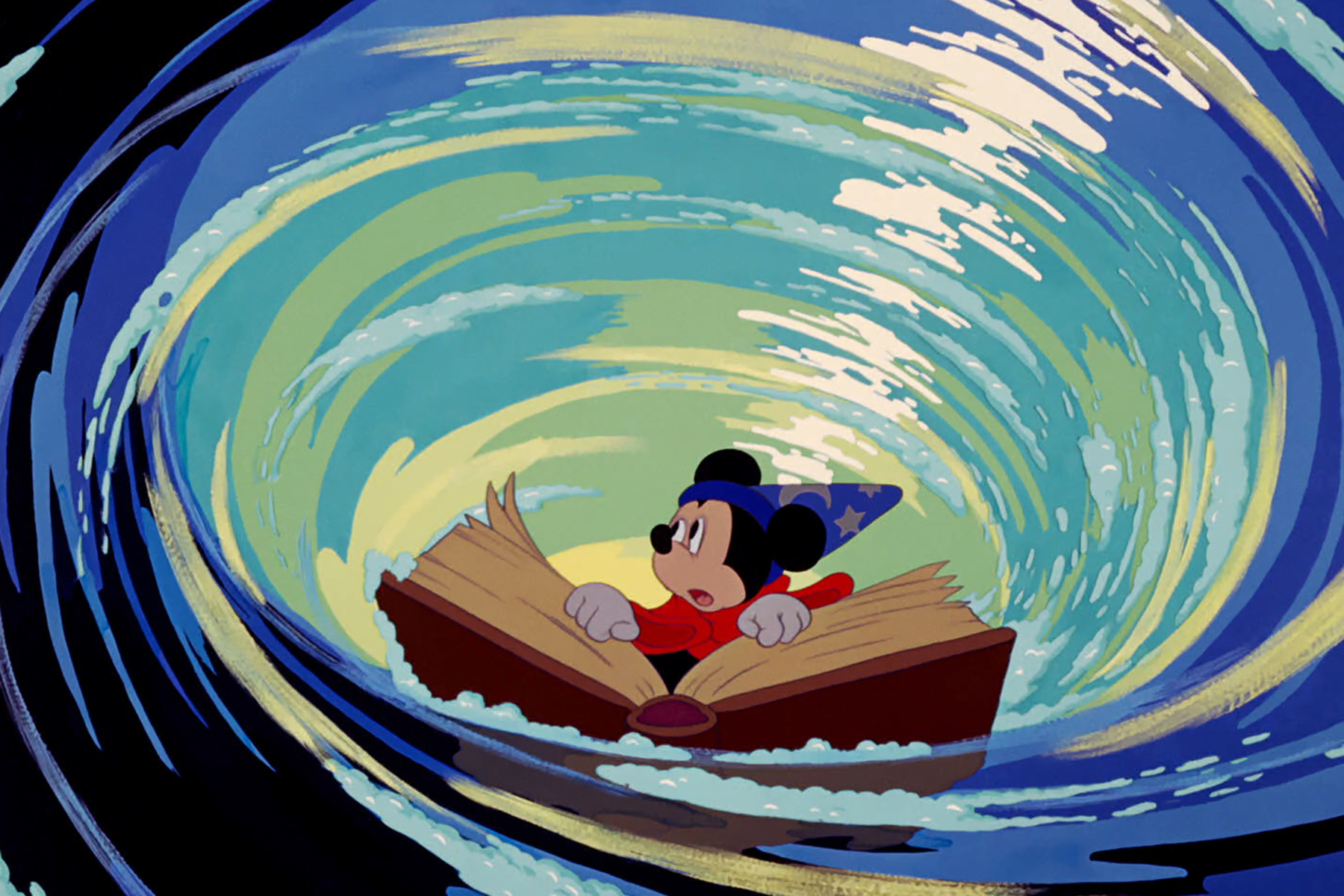 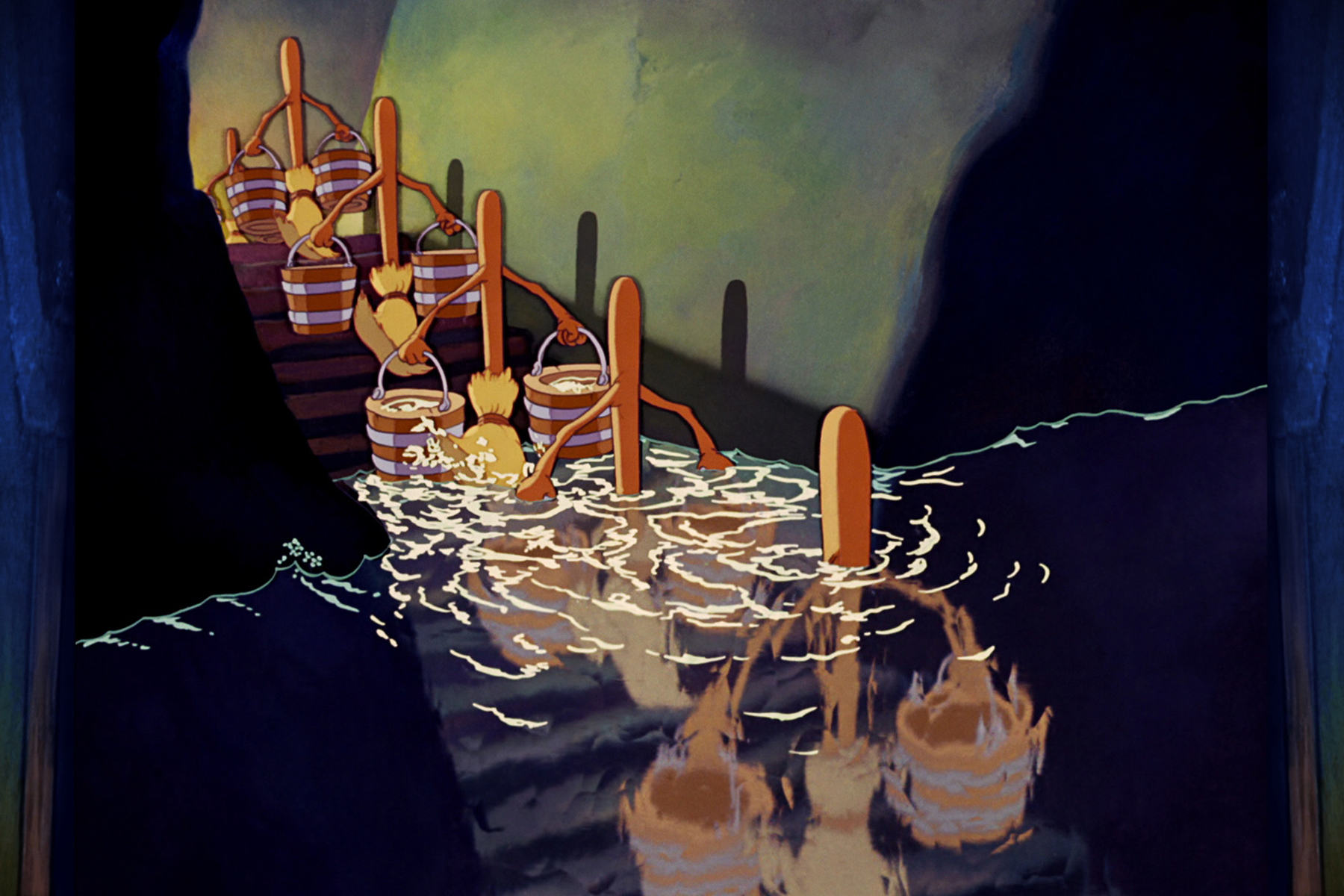 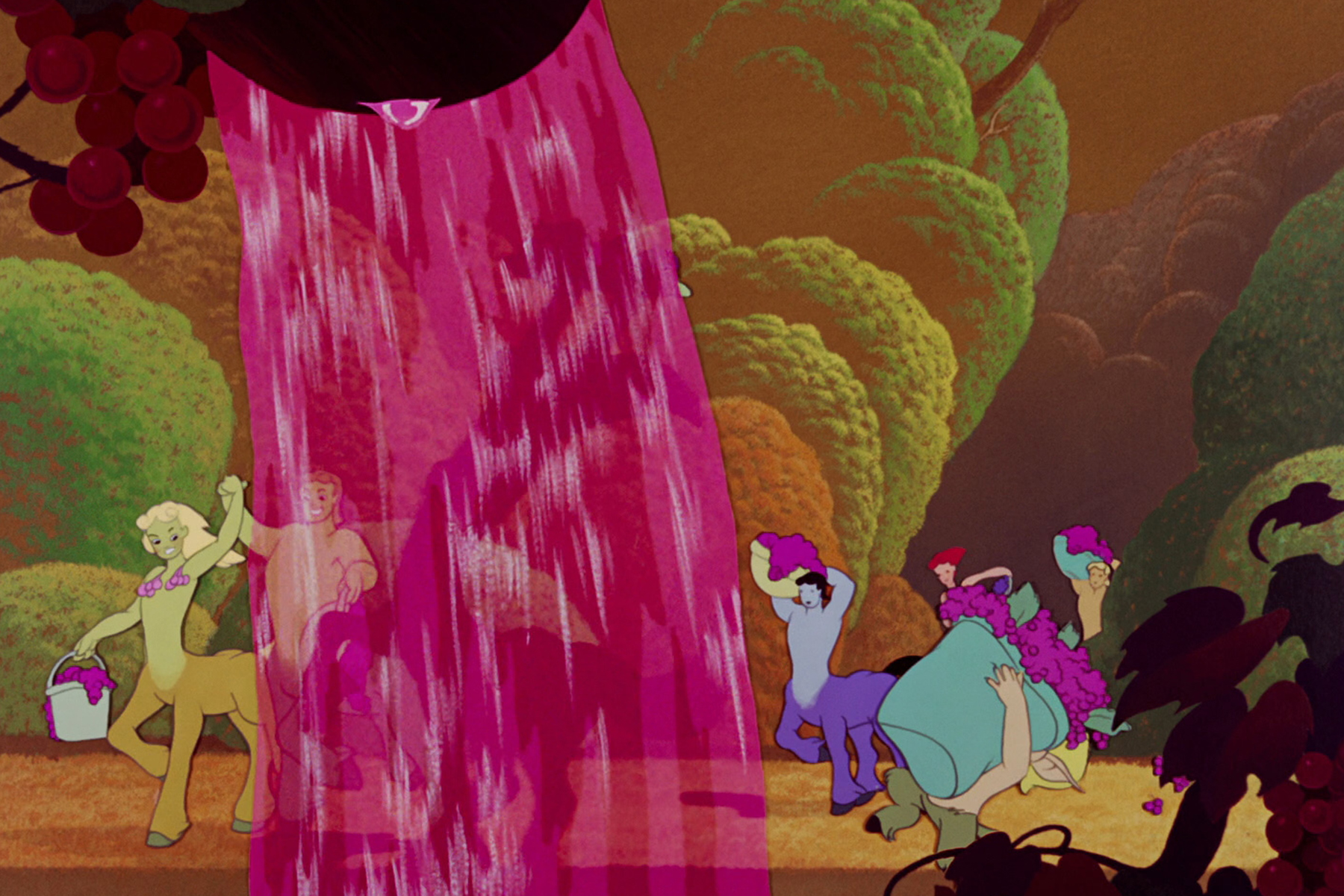 Released in 1940 in the United States, Fantasia was only the third feature film from Walt Disney, after Snow White and the Seven Dwarfs and Pinocchio. Considered to be one the greatest animated films of all time, it was designed as a comeback vehicle for Mickey Mouse, who had declined in popularity. Practically an experimental film, and almost without dialogue, it comprises eight musical sequences performed by the Philadelphia Orchestra, conducted by Leopold Stokowski and MC’d by Deems Taylor, who provides a live action introduction to each segment. A Technicolor feast of glorious colour, stirring classical music and highly inventive animation, Fantasia is a work of art of incredible ambition and scope.

Named by the American Film Institute as one of the top 10 animated films of all time, Fantasia actually didn’t make a profit on its initial release. It wasn’t until its 1969 rerelease, when Disney cleverly marketed the film’s psychedelic attributes, that it began to make a profit, and it now counts among the top 50 highest-grossing films of all time in the United States. Surrender to its phantasmagoric splendour!