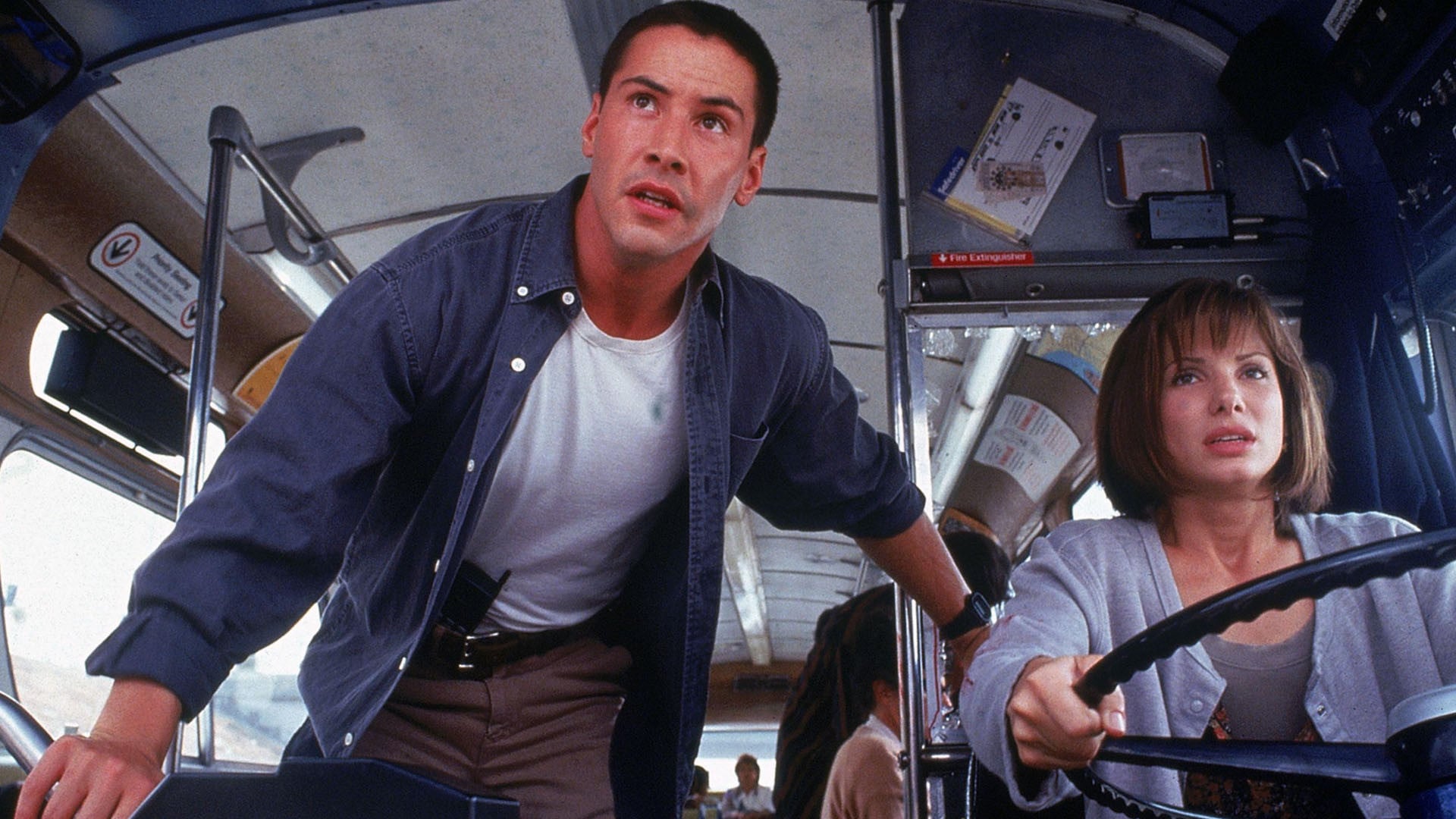 Los Angeles police officer Jack Traven (Keanu Reeves) has just thwarted an attempted hostage situation led by retired bomb squad member Howard Payne (Dennis Hopper). In revenge, Payne arms an L.A. city bus with a bomb that will explode if the vehicle drops below 50 miles per hour. With the aid of his partner Harry (Jeff Daniels) and gung-ho bus passenger Annie (Sandra Bullock), Jack boards the speeding hunk of metal and must try to save the people on board before the bomb goes off. Nail-biting suspense and jokes about how “no one rides public transport in L.A.” abound.

Long before action films were saturated with elves and superheroes, and just before it seemed obligatory that they wink and nod to the camera, films like Speed and Die Hard epitomised the really fun, pretty dumb best of the genre — with charismatic protagonists, wicked villains, cheesy one liners and inventive plots. Only a real killjoy could not have a good time watching the film Homer Simpson mistakenly referred to as The Bus That Couldn’t Slow Down.

Once a month, join Australia’s best comedians as they sit in the front row with microphones and wine making a mockery of the most outlandish cinematic achievements.

Comedians Talk Over Movies is hosted by registered cinephile Alexei Toliopoulos (Total Reboot, Green Lights Comedy, “The Mix” on ABC). Joining Alexei for Speed are the hosts of the hit podcast Get Over It and Sydney's favourite improv group Snake Pit, Concetta Caristo and John Robles.