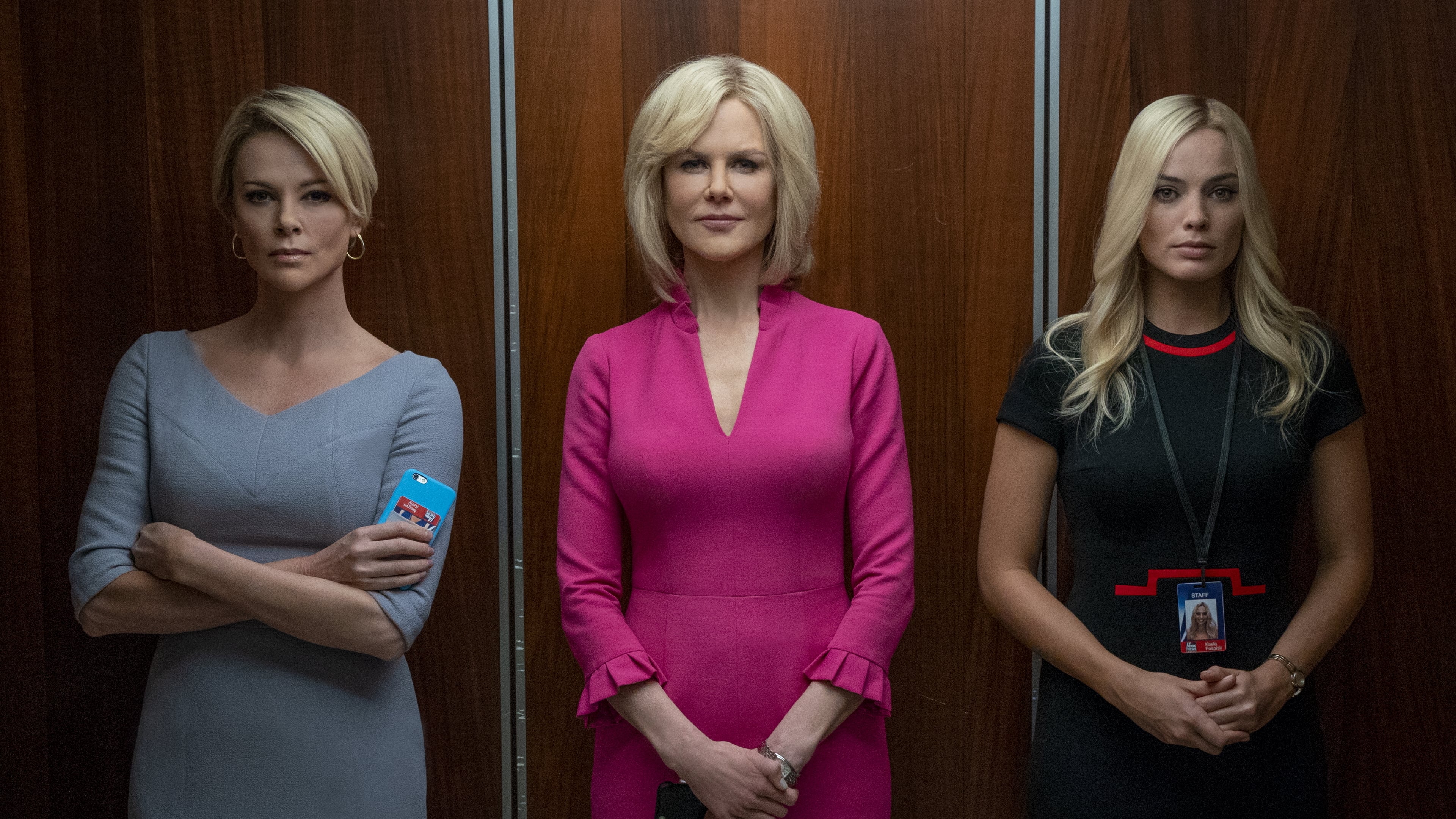 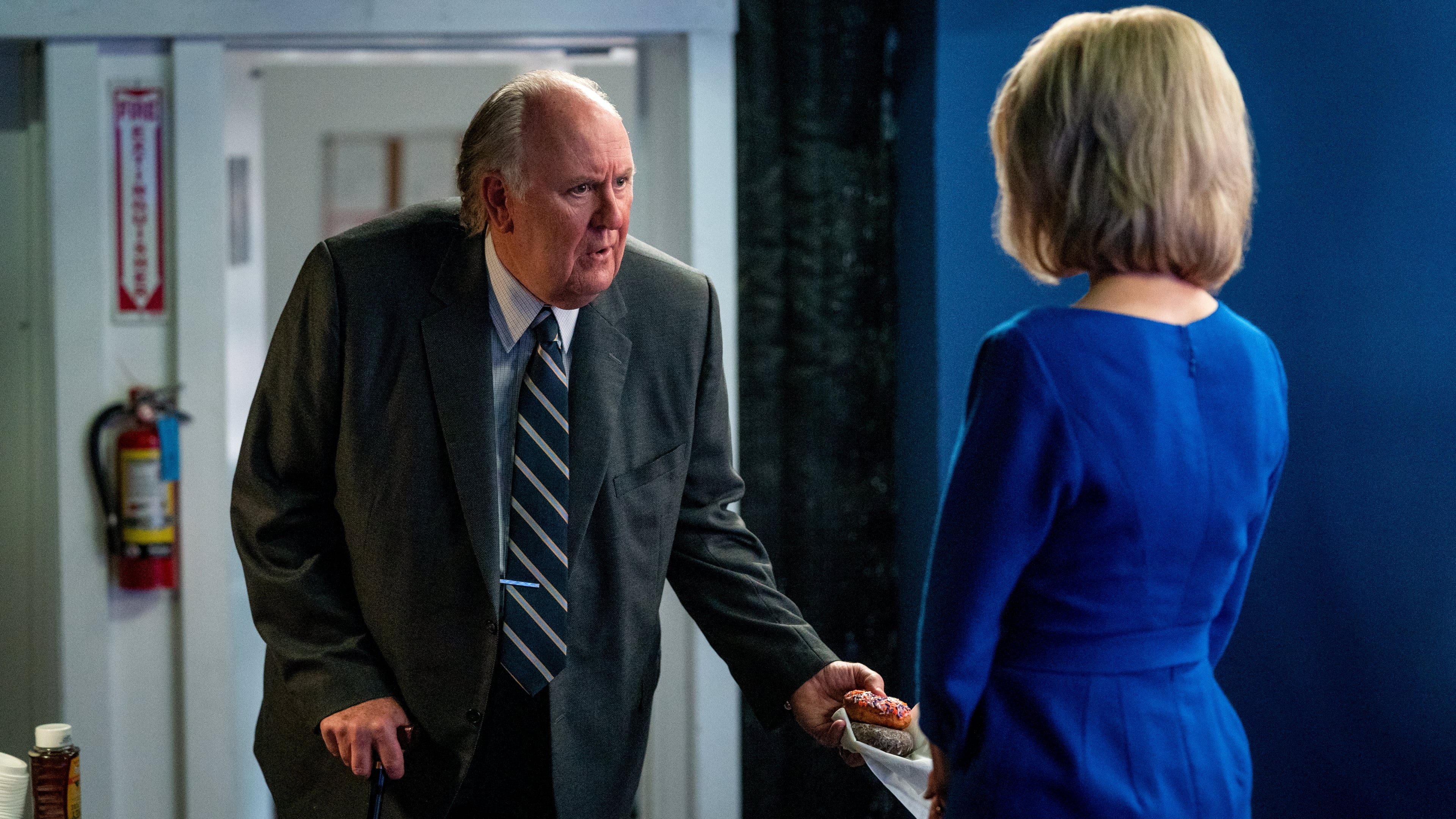 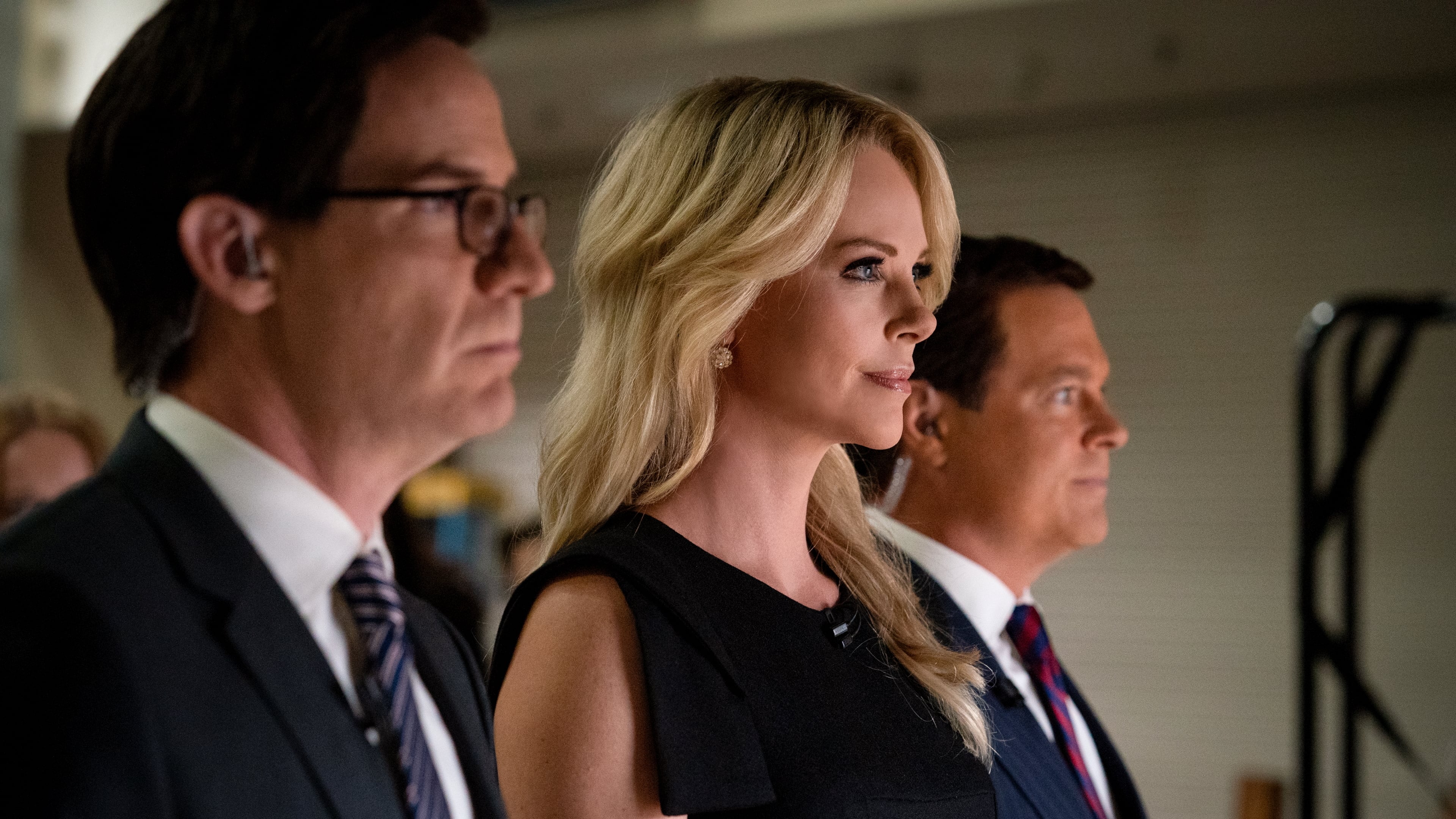 Nominated for three Academy Awards, Bombshell unravels the incendiary story of the women who took on the exploitative atmosphere at Fox News and the man who presided over it all – Roger Ailes. Megyn Kelly (Charlize Theron) is dealing with the explosive fallout over the 2016 Republican Debate when her former colleague Gretchen Carlson (Nicole Kidman) announces a lawsuit against Ailes (John Lithgow) alleging sexual harassment. Prompting other women to come forward with their own stories, the controversy ignites a vitriolic internal struggle, all while new hire Kayla Pospisil (Margot Robbie) tries to navigate the minefield of a toxic workplace.

"An explosive piece of entertainment that also means to make a difference"
— Rolling Stone
"A scalding and powerful movie about what selling, in America, has become"
— Variety
"Told unflinchingly, empathetically and authentically, with Charlize Theron completely nailing the knotty character of Megyn Kelly"
— Empire

Along with its Oscar-nominated leading players, Bombshell is truly overflowing with acting talent – from Allison Janney, Malcolm McDowell, Kate McKinnon and Connie Britton to Mark Duplass, Amy Landecker, Alanna Ubach and Richard Kind. Already laden with awards for its uncanny use of makeup and prosthetics, the film manages to carefully recreate a very recent piece of history with stunning attention to detail.