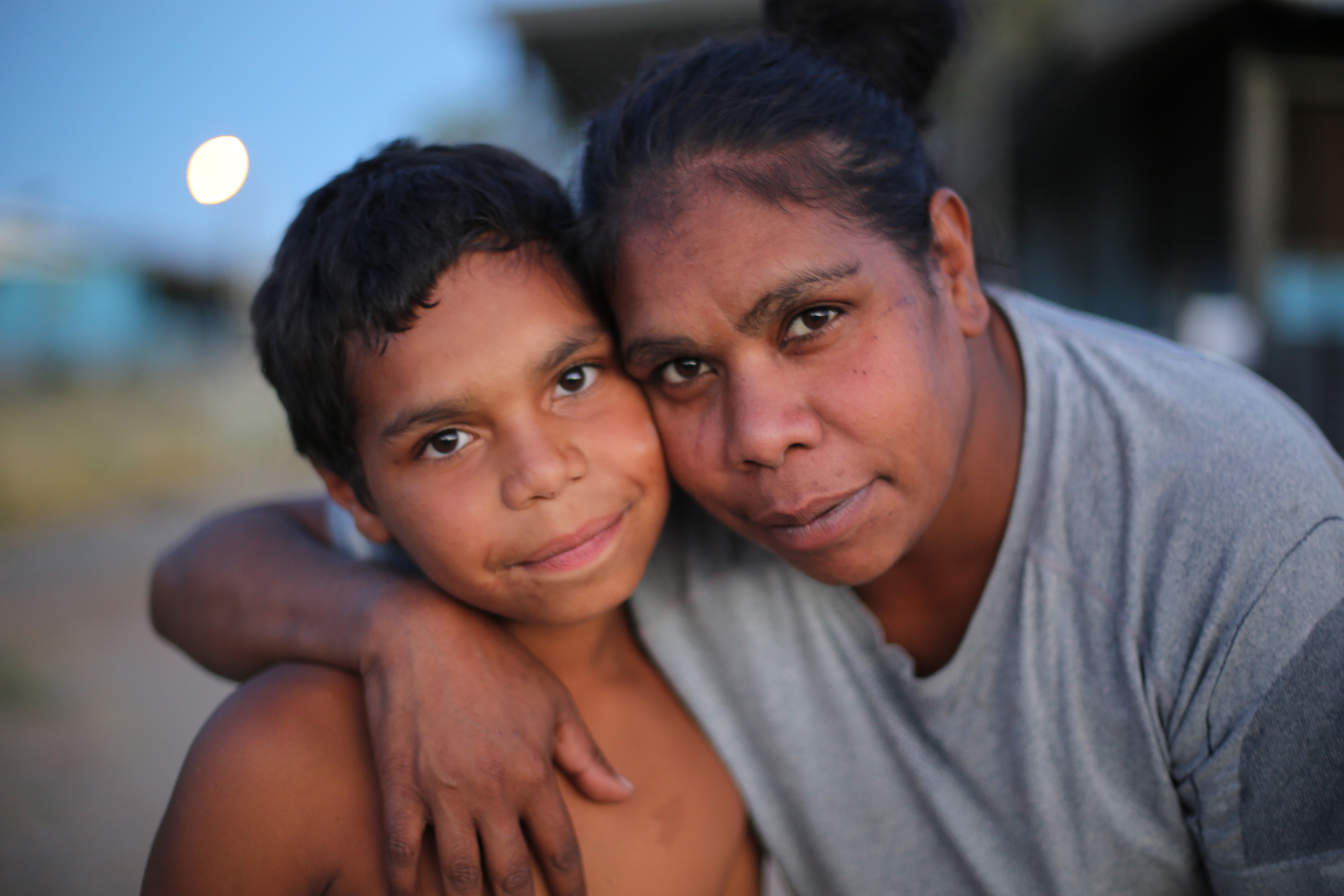 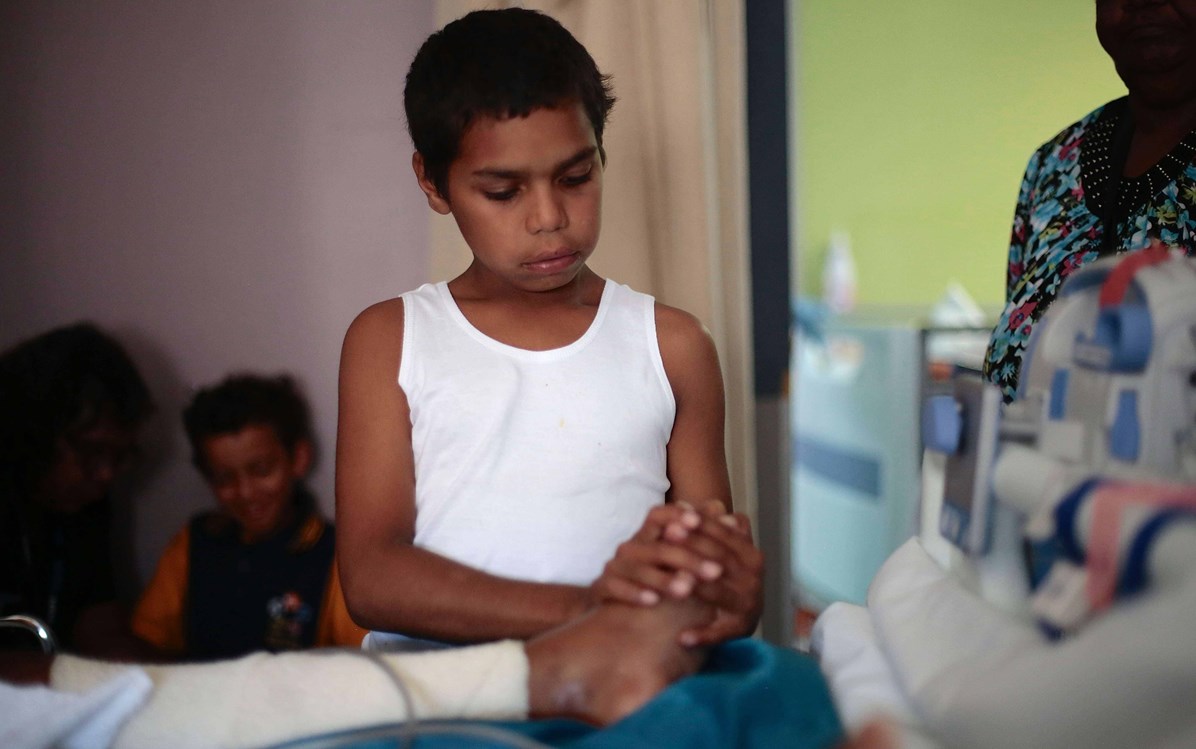 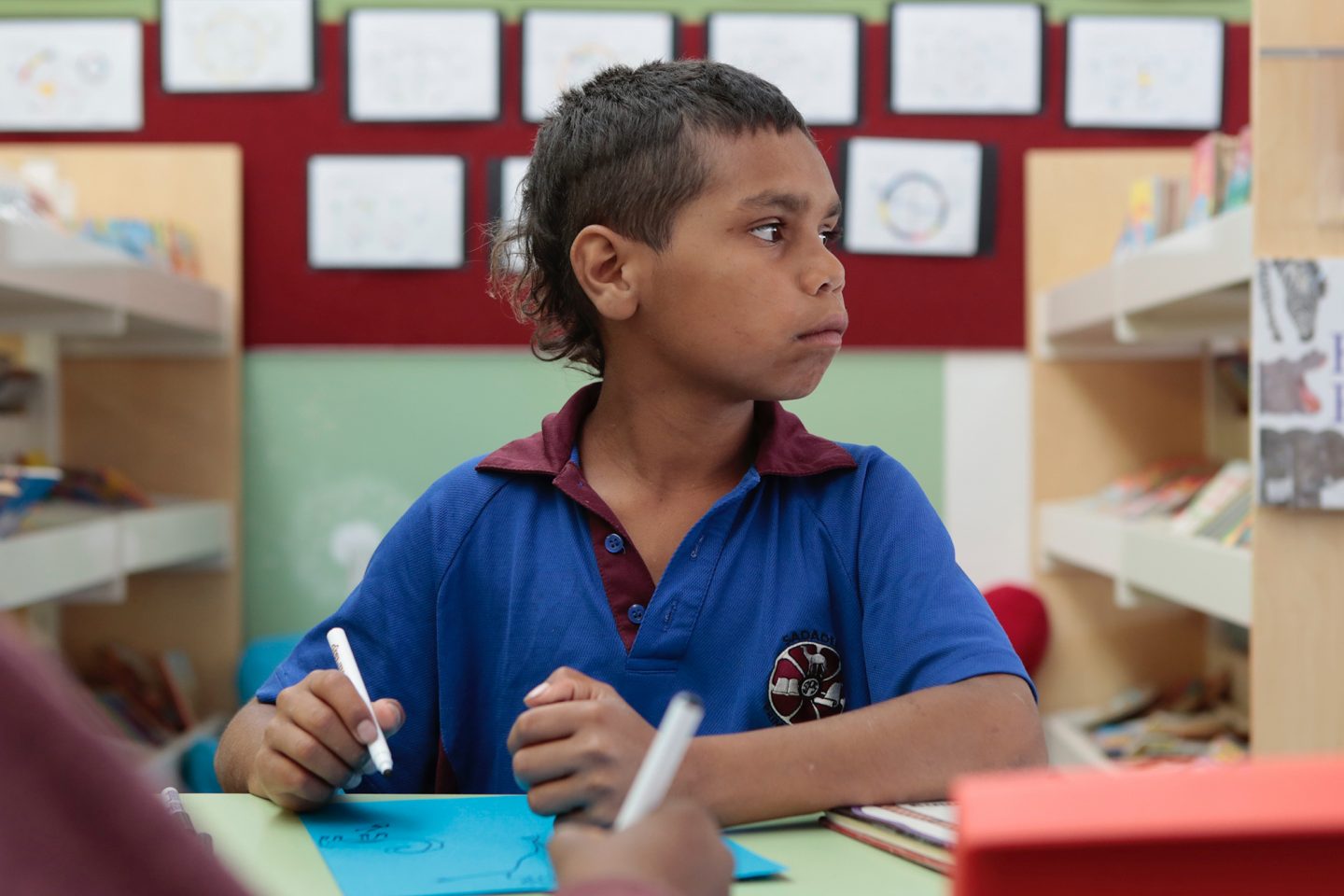 Ten-year-old Dujuan is a child-healer, a good hunter and speaks three languages. As he shares his wisdom of history and the complex world around him we see his spark and intelligence. Yet Dujuan is ‘failing’ in school and facing increasing scrutiny from welfare and the police. As he travels perilously close to incarceration, his family fight to give him a strong Arrernte education alongside his western education lest he becomes another statistic. We walk with him as he grapples with these pressures, shares his truths and somewhere in-between finds space to dream, imagine and hope for his future self.

Celebrated director Maya Newell (Gayby Baby) has been making films alongside Arrernte Elders and families for about a decade. Filmed over three years in Mparntwe (Alice Springs), Sandy Bore Homeland and the Borroloola Community, In My Blood It Runs is a deeply intimate portrait of community and coming-of-age, produced in partnership with the families that it so warmly represents.

"The Biennale of Sydney plays an indispensable role in Australia's engagement with the world, and a meaningful role in the life of the nation. In 2018, it attracted visitation of more than 850,000, the highest level in the Biennale's 45-year history" – Barbara Moore, CEO – Biennale of Sydney

The inaugural Biennale of Sydney was held in 1973 as part of the opening celebrations of the Sydney Opera House. Initiated by Founding Governor Franco Belgiorno-Nettis and supported by Founding Patrons Transfield Holdings, the Biennale of Sydney was the first exhibition of its kind to be established in the Asia-Pacific region. Alongside the Venice and São Paulo biennales and documenta, it is one of the longest running periodic exhibitions around the globe.

Since its inception in 1973, the Biennale of Sydney has showcased the work of nearly 1,800 artists from more than 100 countries and holds an important place on both the national and international stage.

Human Rights Watch investigates and reports on abuses happening in some 90 countries. Human Rights Watch directs its advocacy towards governments, armed groups and businesses, pushing them to change or enforce their laws, policies and practices. The organization is made up of roughly 470 people globally, who are country experts, lawyers, journalists, and others who work to protect the most at risk, from vulnerable minorities and civilians in wartime, to refugees and children in need.

The Australia Office has 6 staff and is supported by a number of volunteers, including the Outreach Committee.

To ensure its independence, Human Rights Watch refuses government funding. It partners with organizations large and small across the globe to protect embattled activists and to help hold abusers to account and bring justice to victims.

Summer is Cinema: The Holy Mountain