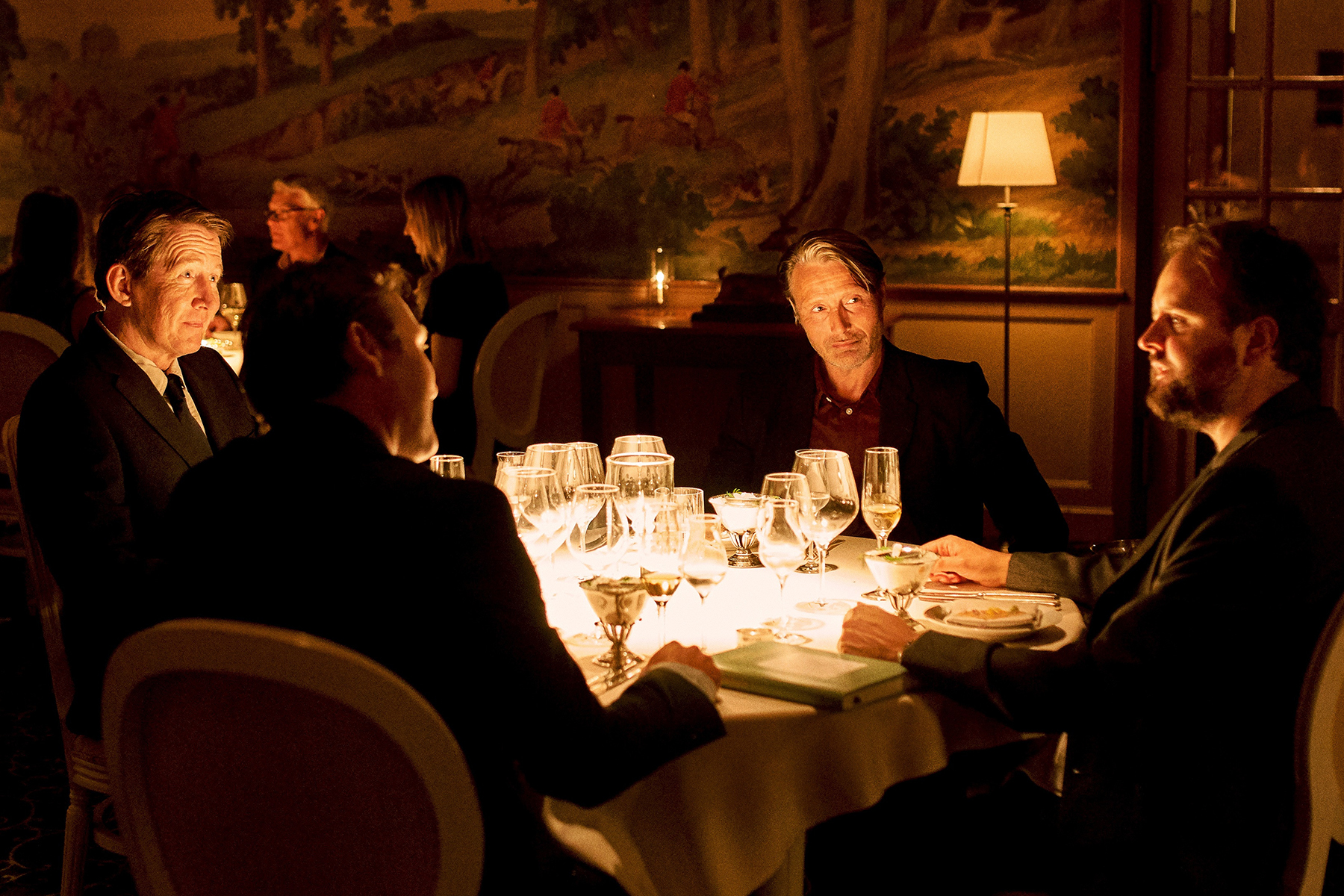 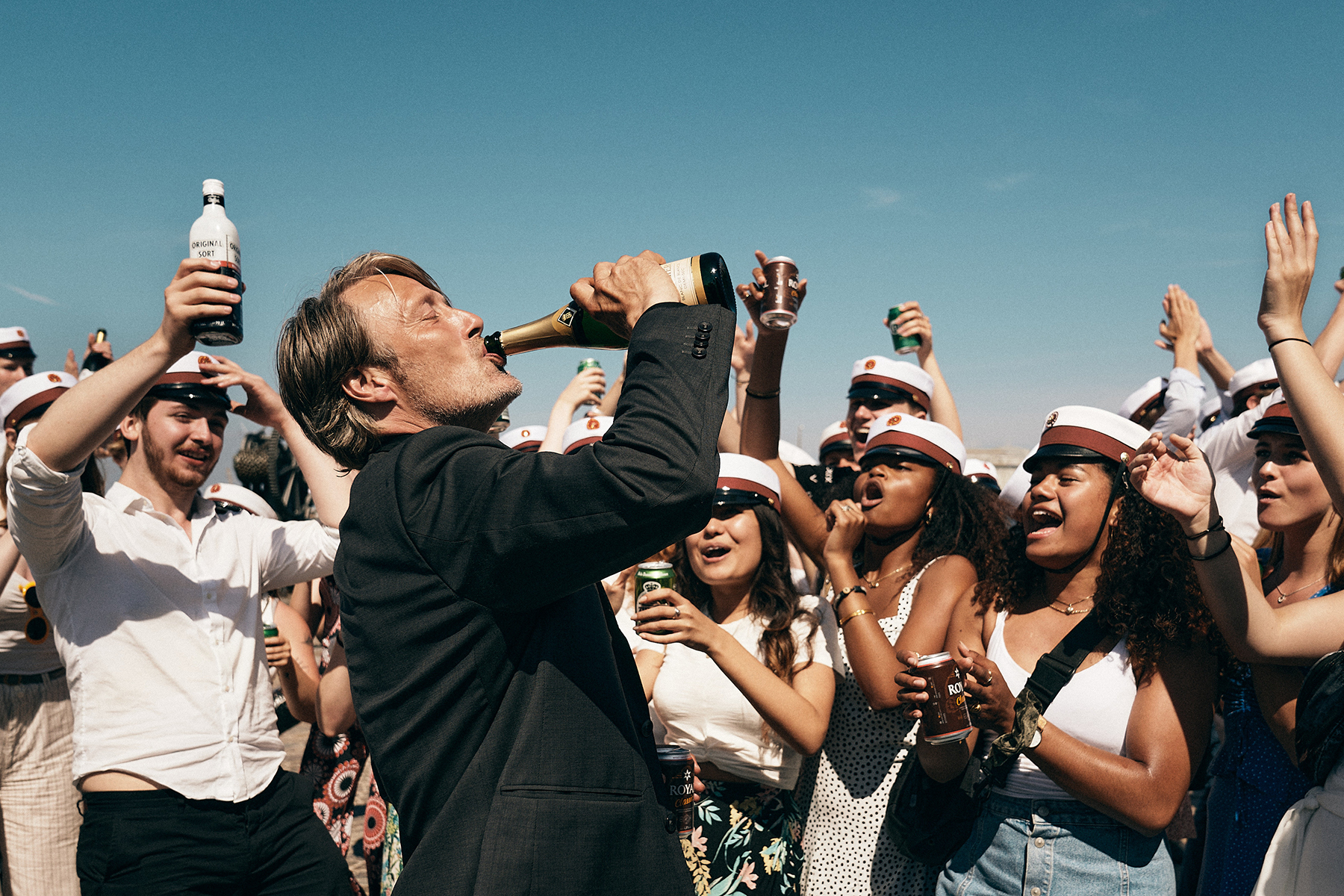 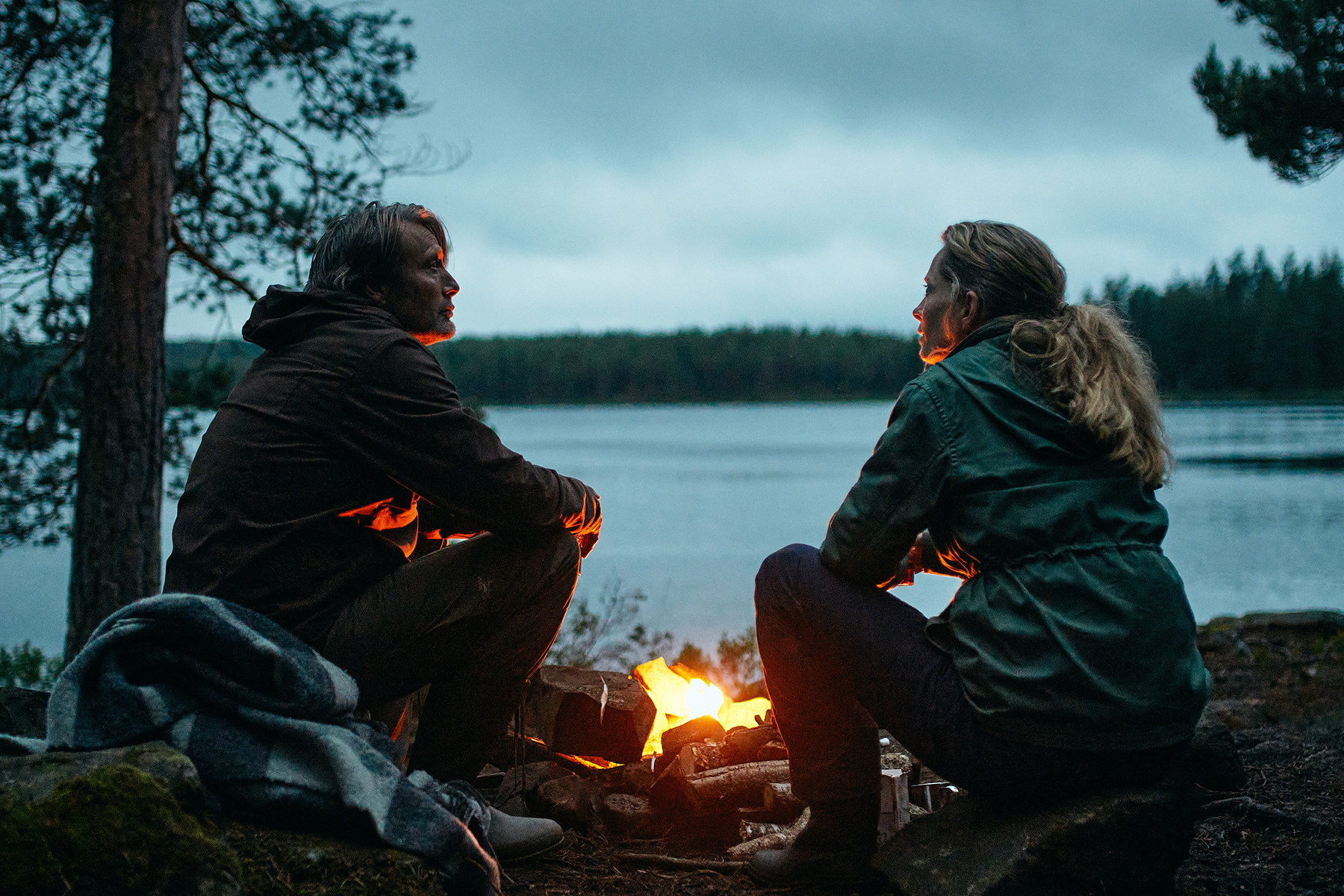 Martin (Mads Mikkelsen) is a middle-aged high-school teacher in a serious rut. His marriage is at a standstill, his students find him yawn-inducing, and he feels his best days are behind him. At a boozy birthday dinner with his three closest workmates, the group discuss a Norwegian psychiatrist’s theory that humans were born with a blood alcohol level that’s slightly too low. Curious, the four friends decide to test it out, and agree to drink steadily throughout their work week to maintain the “optimal” level of 0.05%. At first, the experiment seems to work, with each participant experiencing a new, invigorated lease on life. But every bender has a comedown, and this one is about to get painfully, unavoidably real.

Nominated for two Academy Awards including Best Director and Best International Feature Film, and selected for Cannes’ prestigious Official Selection, Another Round is one of the most buzzed-about festival titles of the year. Reuniting for their second collaboration since The Hunt (2012), Mads Mikkelsen and director Thomas Vinterberg seem to have a good thing going on, with Vinterberg bringing out one of Mikkelsen’s most memorable performances to date.